The street of Mündi is one of the shortest streets of Tallinn – taking only 45meters of Earth space, its story dates back to the 13th century when a little pathway was known as “the short one, close to the market”.

In 1766 a wealthy Burgermeister Peter Friedrich Mundt purchased a household on this little street right next to the Townhall Square. As a young lad, Herr Mundt left Rostock in 1748 to arrive in Reval. He joined The Brotherhood of Blackheads – an association of local unmarried merchants, ship owners, goldsmiths and foreigners – and became a merchant of fine silk and fabrics. In time, the people started to call the street Mundi, meaning “Mundt’s”.

In the 1930’s the street was mainly known for clothing boutiques, hat stores and gentleman’s essentials such as cravats, suspenders and tobacco. During the Soviet occupation, the street name with a German origin was considered unsuitable and therefore, renamed to Mündi after a coin or mint (both are münt/mündi in Estonian).

Vene street of medieval Tallinn looks almost the same as it did 190 years ago. First, the street was called Kloostri as it also hides Dominican Monastery (built 1246) where local children were taught in their native, Estonian language. As the monastery was closed in the 16th century, the street was renamed after Russian (Vene in Estonian) merchants who had also preferred the street since the 12th century. 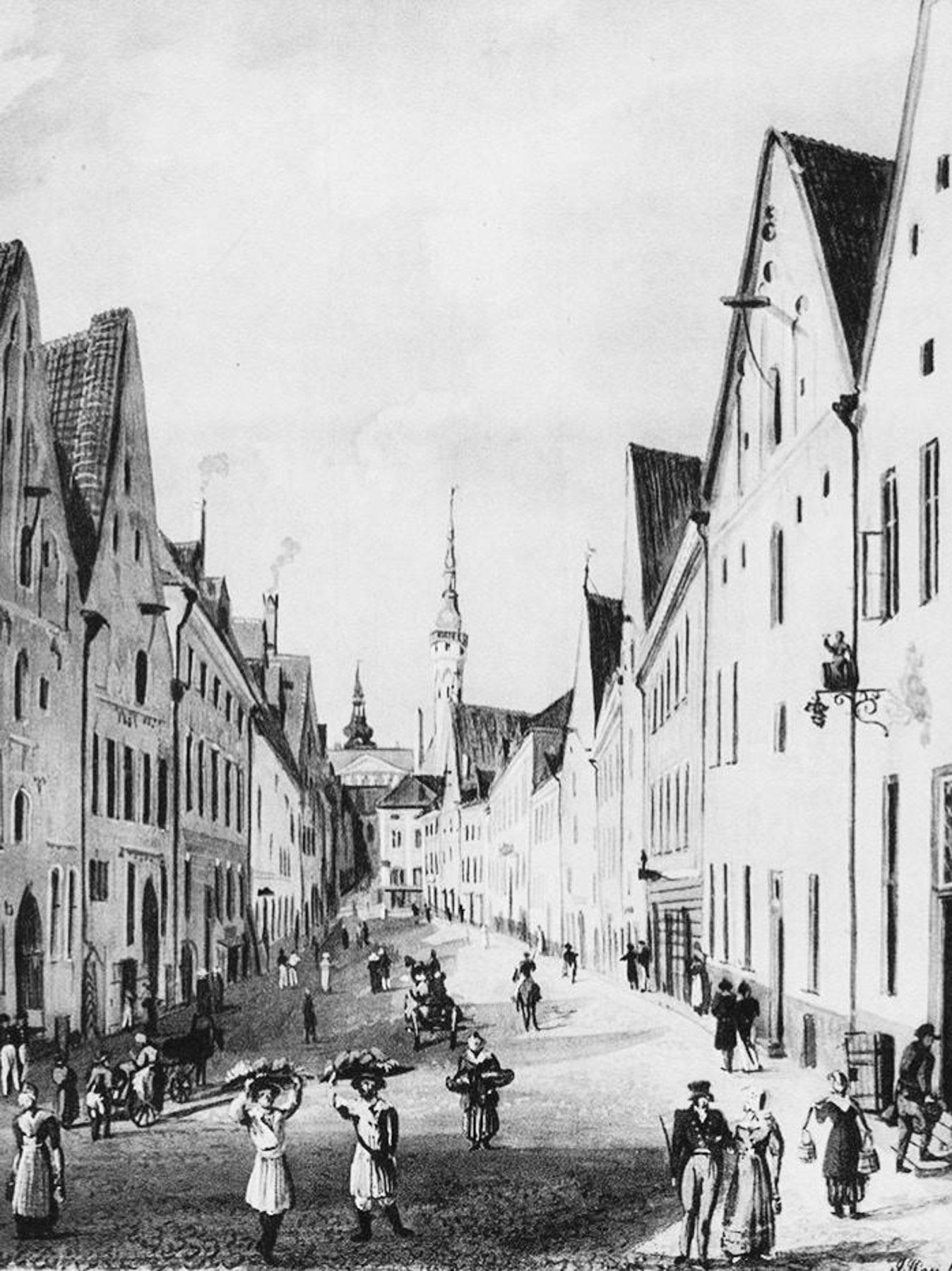 A parallel pathway to Mündi street is Kinga, a short street also mentioned for the first time in the 13th century. Connecting harbour to Rathausplatz, it got its name after shoemakers and boot stores.

As far as we know, the first written name for the street was platea sutorum in Latin (1364), then schohmekerstrate in German (1405), Schuhmacherstraße ( 1740), Schusterstraße (1803) and Schuhgasse but finally, it was understood that less is more and the street became Kinga meaning shoe’s in Estonian. 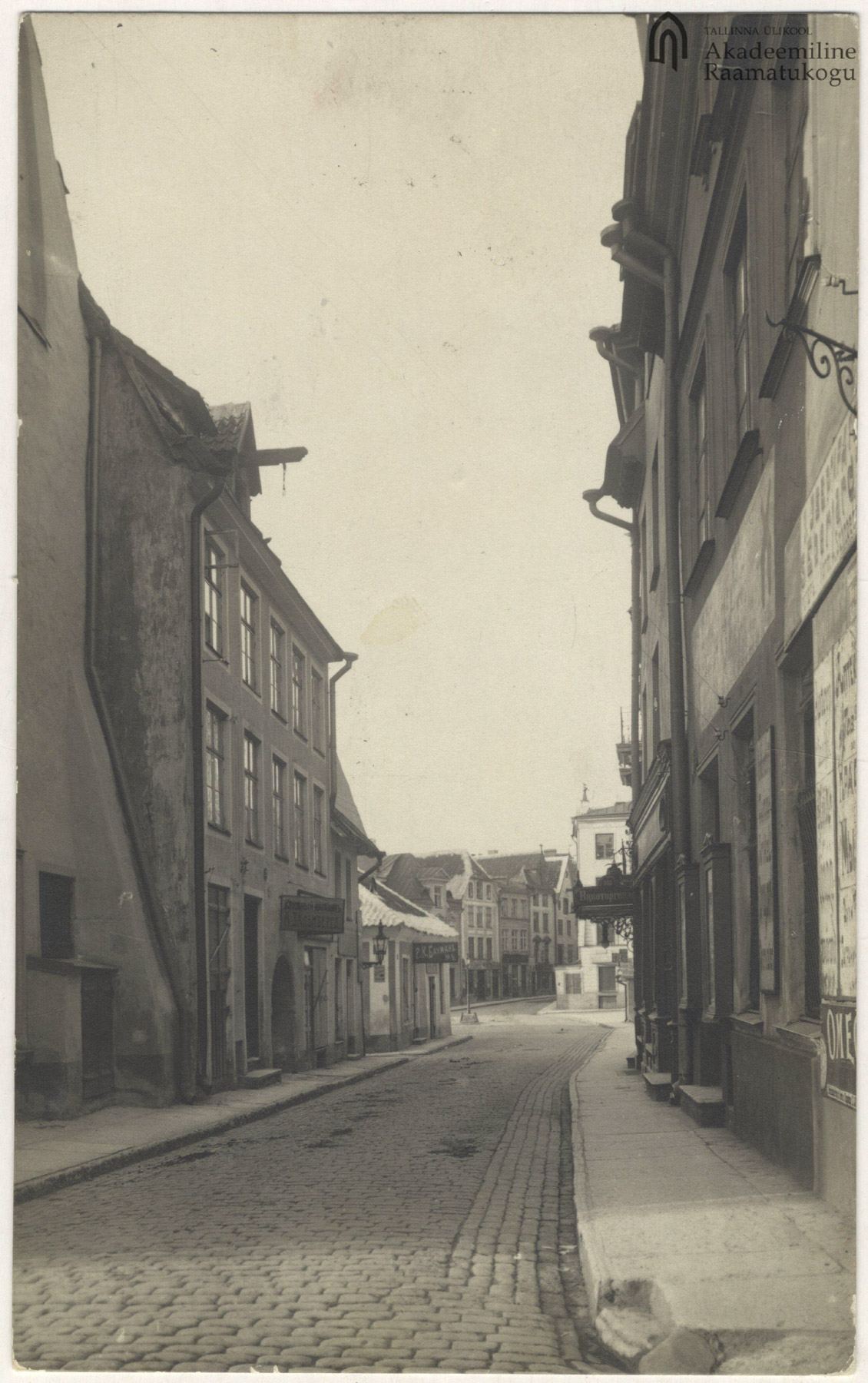 In use since the 11th century, Vanaturu Kael (the “neck” of the old market) is one of the shortest streets and oldest parts of Tallinn. In Medieval times it was the point where all main roads to/from the harbour, islands, towns of Estland, Riga, Novgorod and Rome converged. 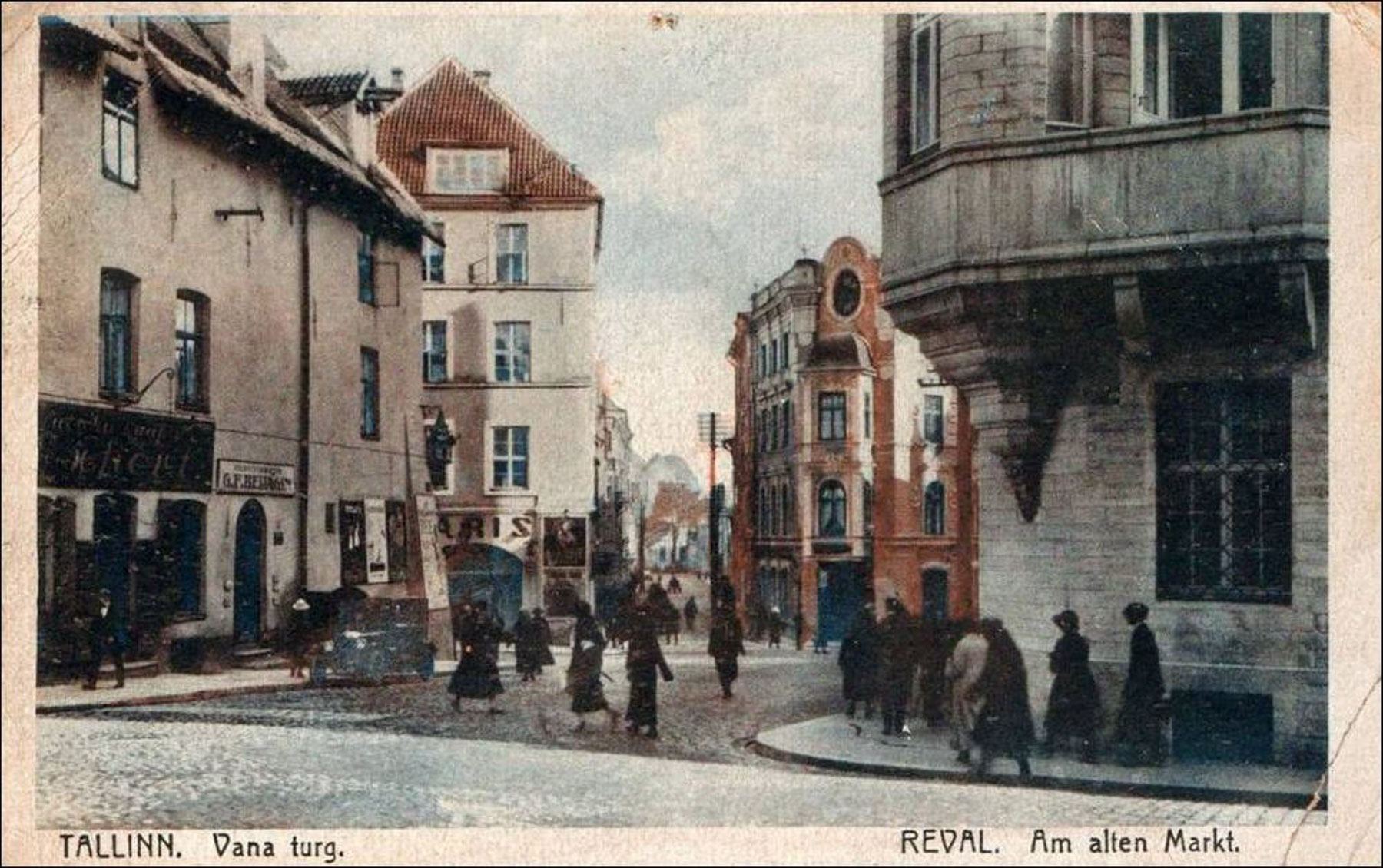 Even most locals don’t know that for a very long time there existed a street in Tallinn called Teenri (the servant’s). As a short and narrow passageway, it ran on Rathausplatz right behind the Weigh House known as Vaekoda, a wondrous building dating back to the early renaissance.

The street itself got its name after the servants of Town Hall (raeteenrid) who used to live in the houses right behind Vaekoda. As the renaissance Weigh House was bombed to the ground in 1944 by Russian and English airforces, the street vanished to nothingness. 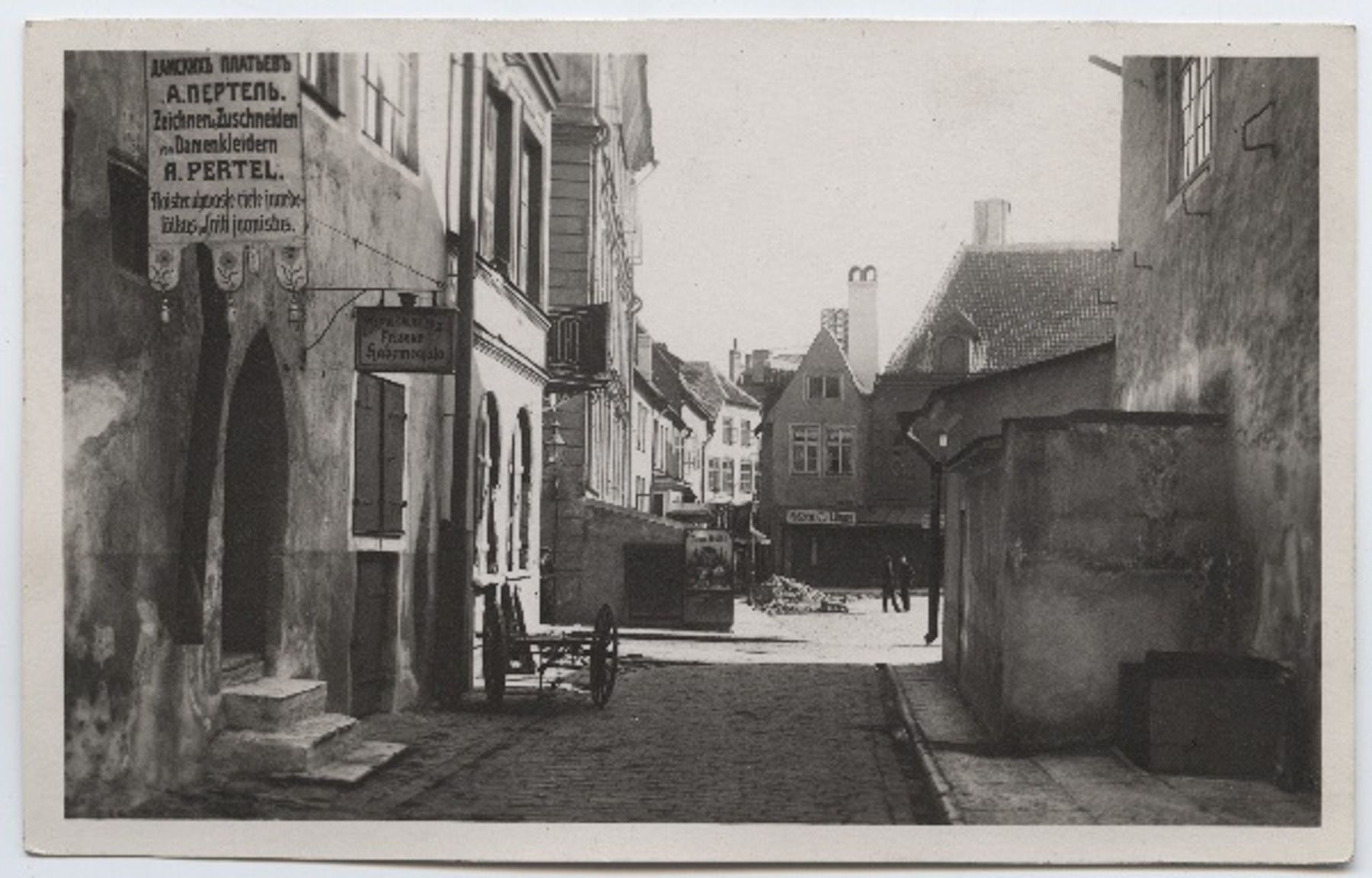 A street of goldsmith’s (Kullassepa), it was already noted in the 13th century. First known as vicus institois (1327), platea institorum and kremerstrate (1389, Kraamipoodnike in Estonian), translated variously as merchants’, grocers’ or haberdashers’ street.
In the 16th century, numerous tinsmiths opened their stores and workshops on the street – suddenly, thousands of silver brooches, ouches, and other embossed work were glimmering far and as so, the people started to call the street Kannengeter Straße (or Kannuvalajate in Estonian).

In the other half of the 18th century, the street gained the name after goldsmiths who bought the spaces from tinsmiths – the name we still use today – Kullassepa in Estonian and Goldschmiedestraße in German. 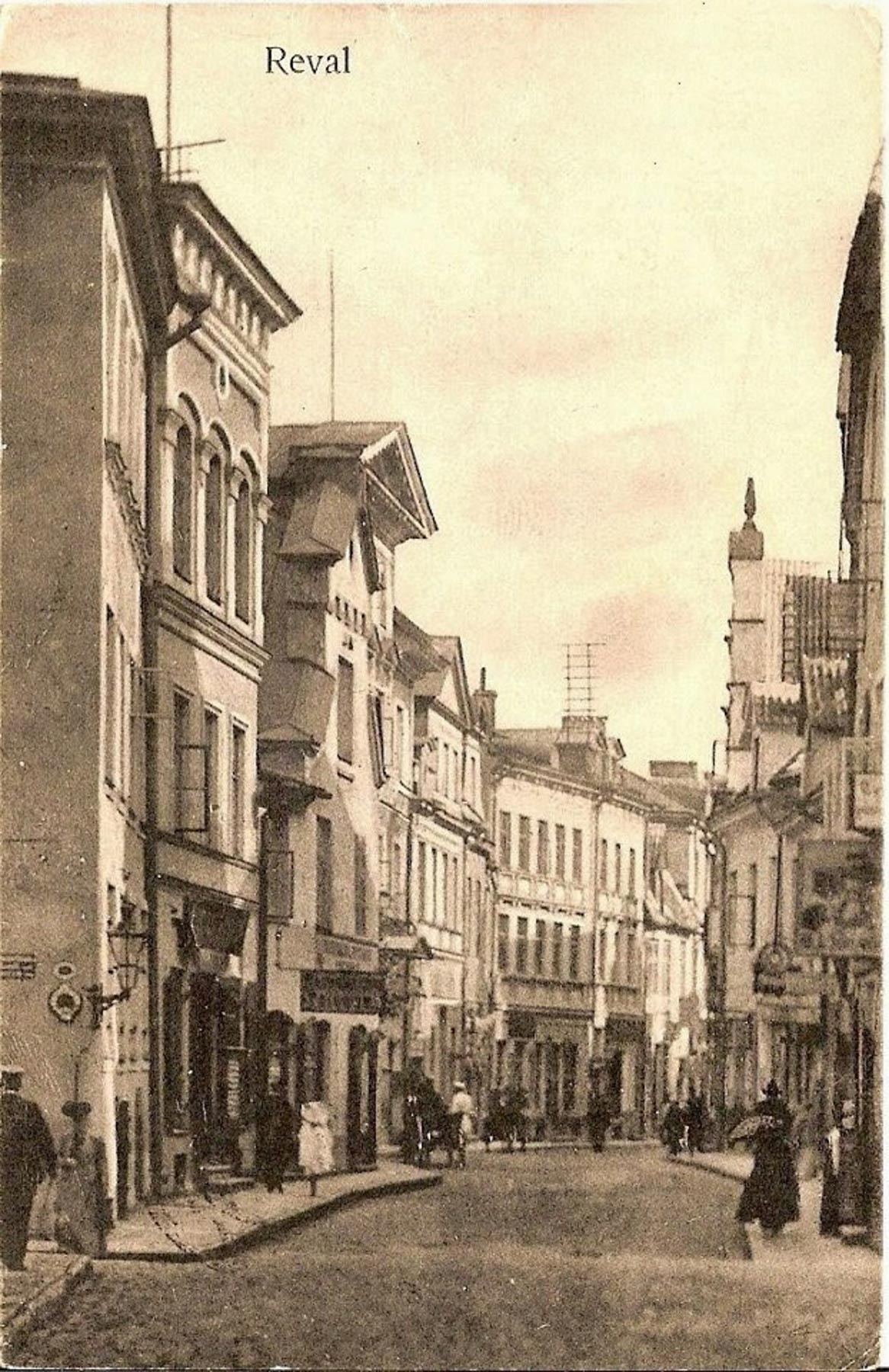