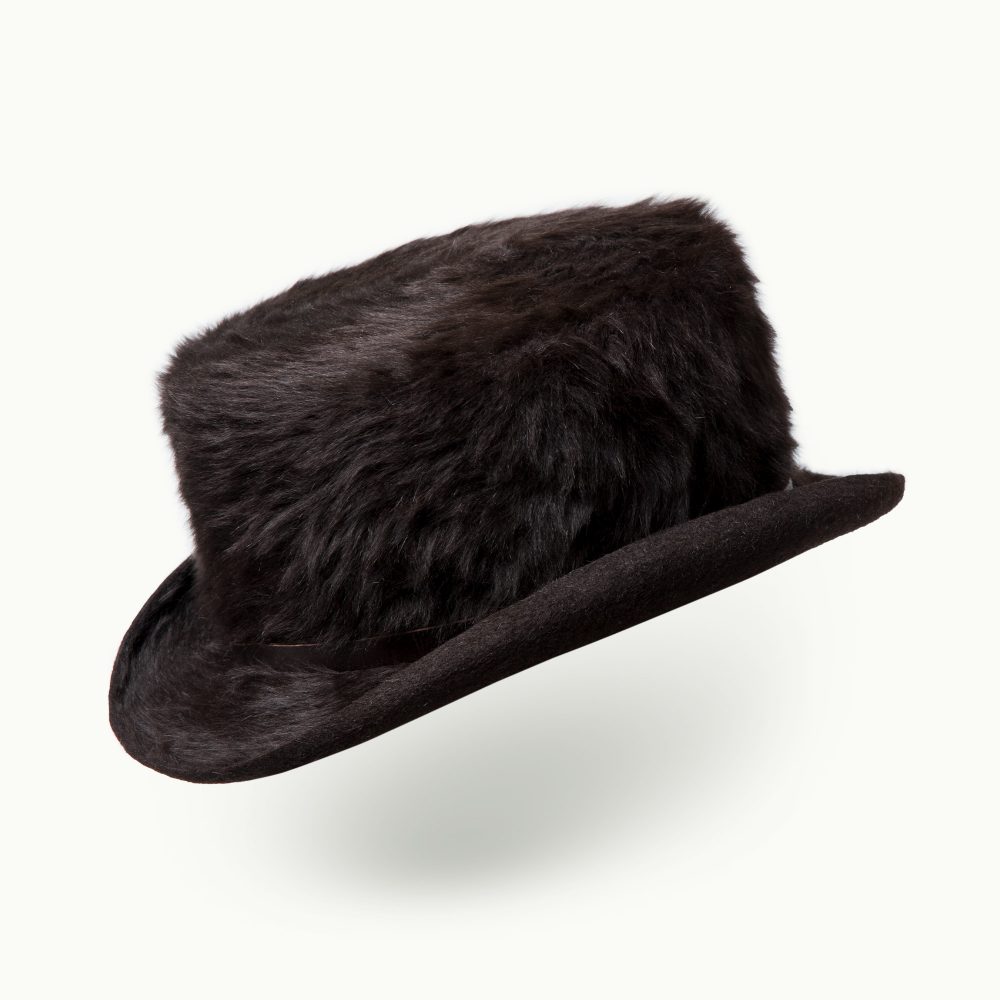 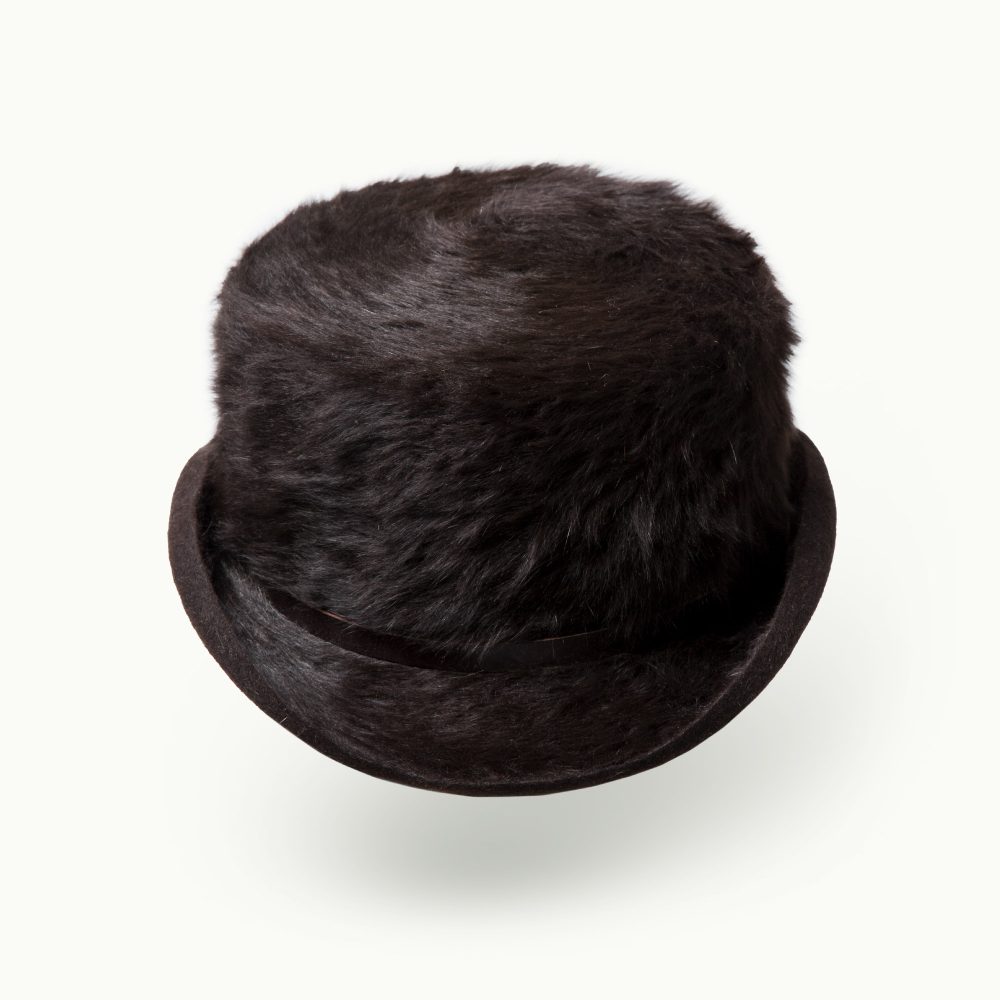 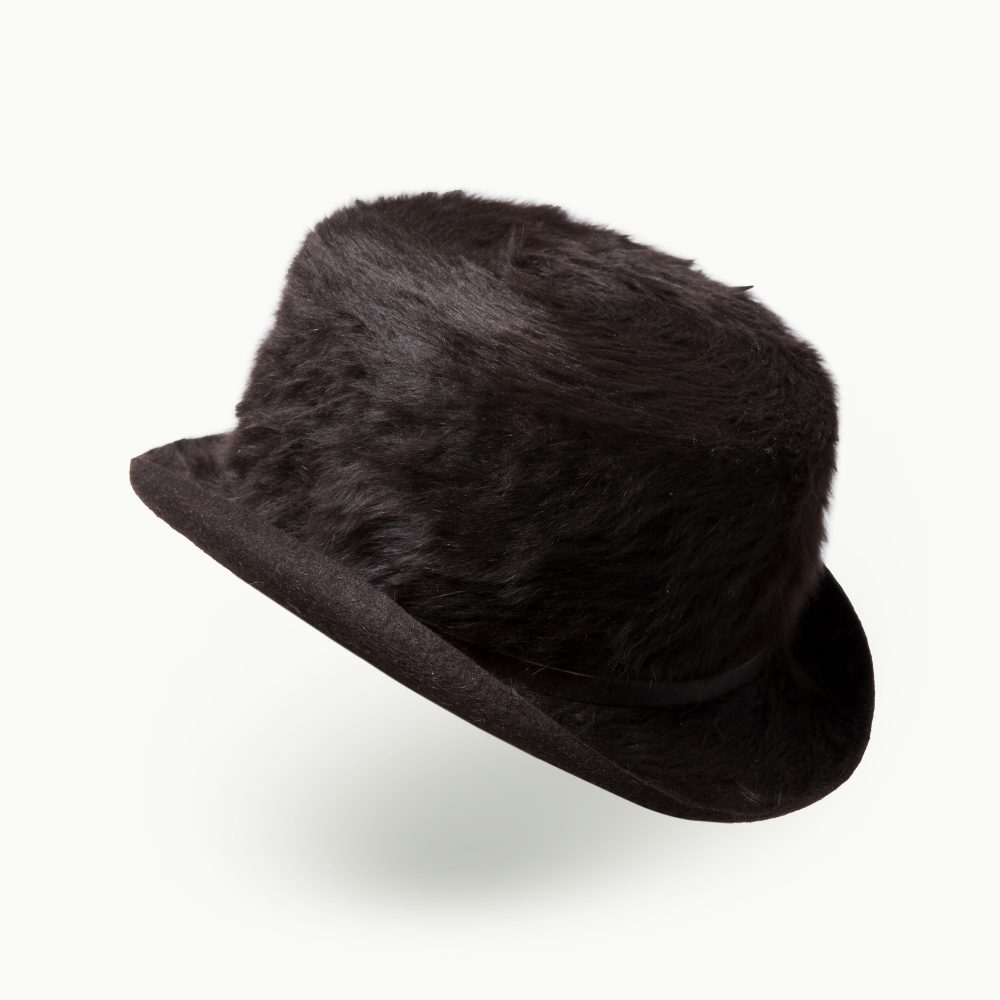 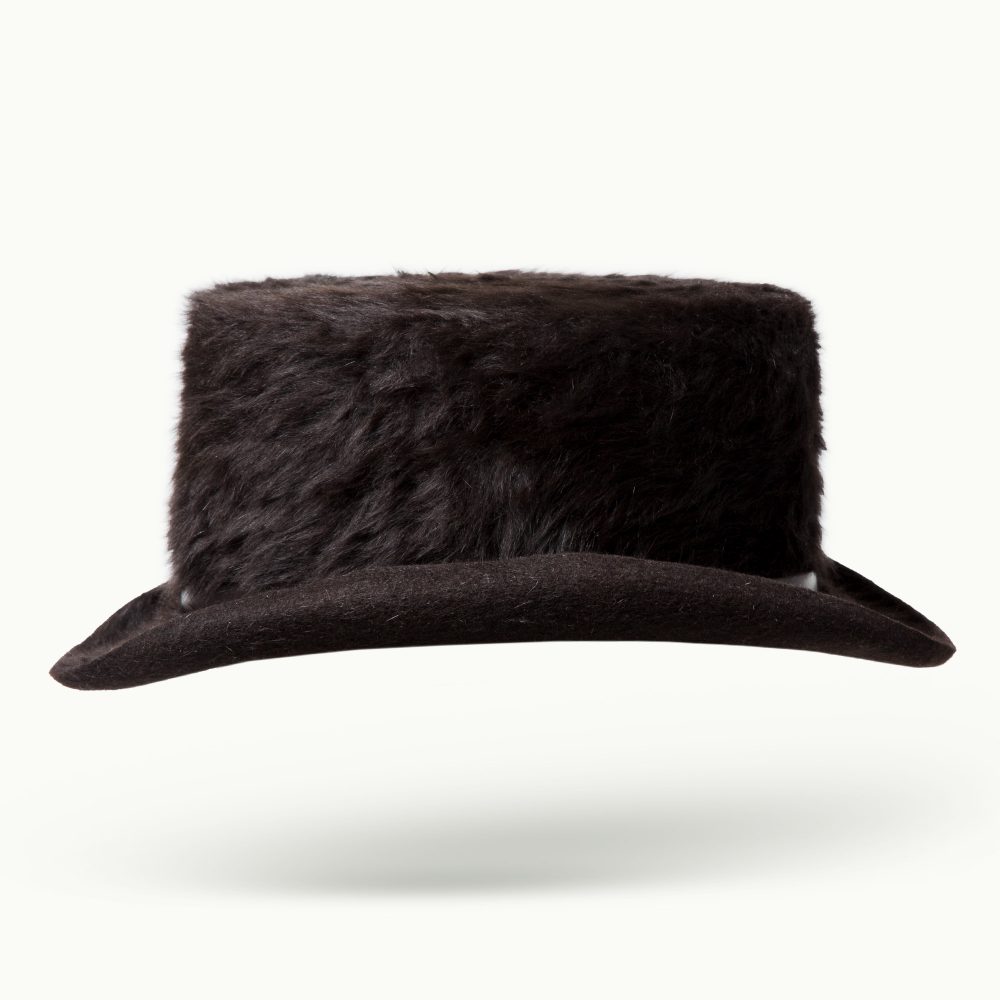 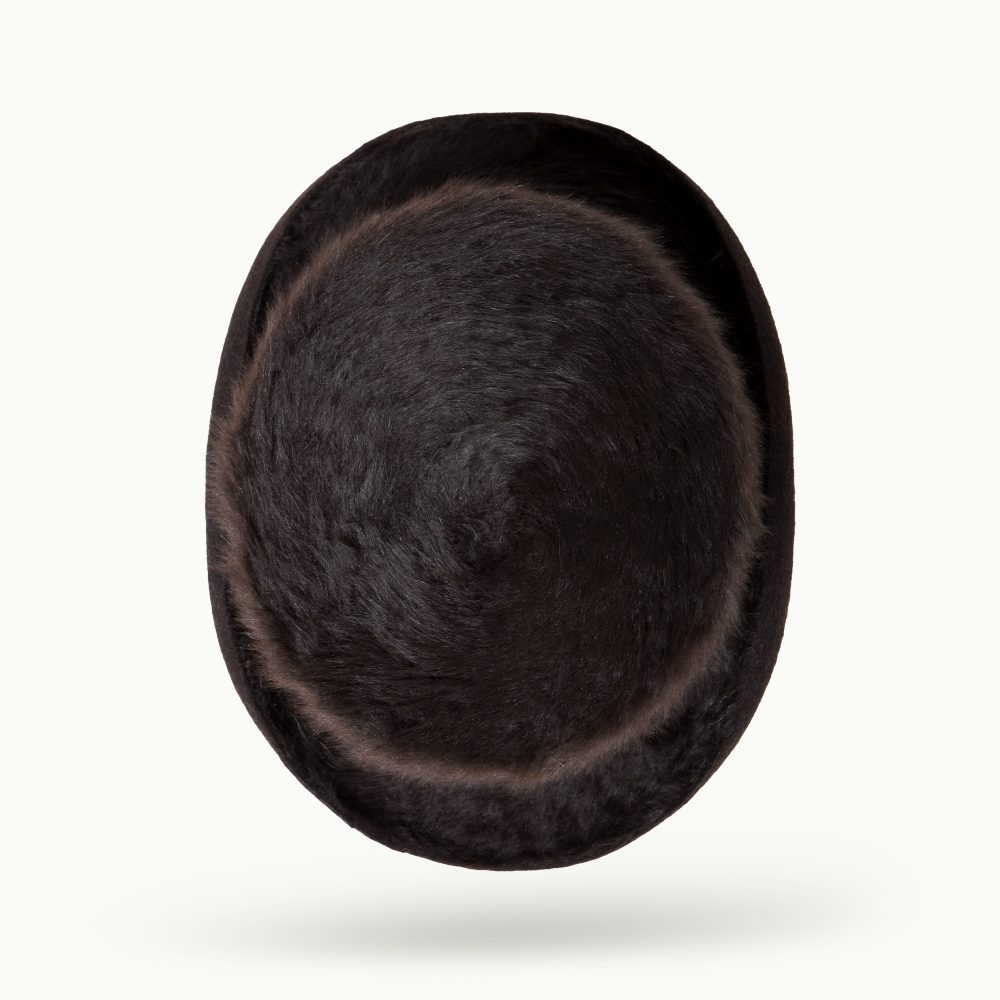 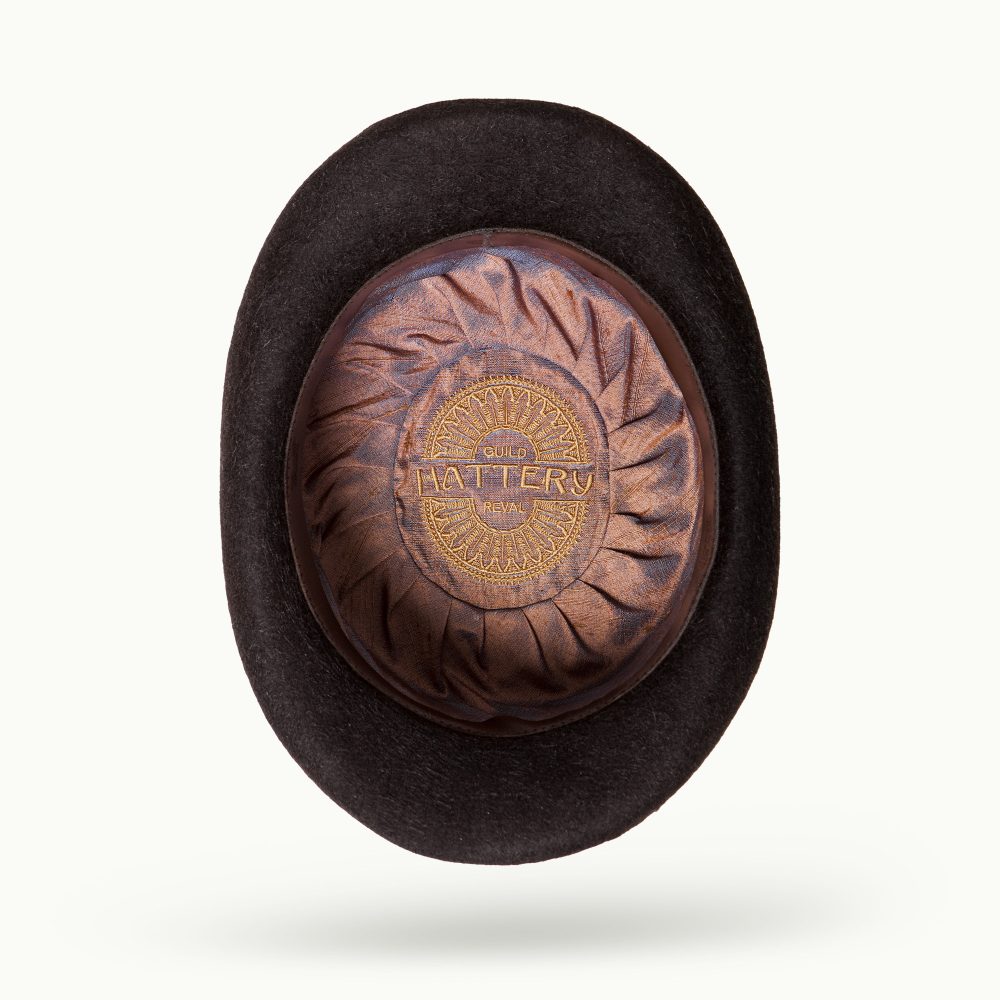 Gentlemen began to replace the tricorne hat with top hats at the end of the 18th century. Popular throughout the 19th century, top hats are still considered the most elegant headwear of gentlemen. Top hats are traditionally associated with formal wear such as white tie, morning dress, or frock coat but then again – also with wanderers, street musicians, and magicians.

Our top hat does not come with a white rabbit but is crafted of precious coney wool with a hairy surface. The umber top hat also has a slightly lower crown than our black cylinder hat.

NB! Please note that the colour of the inner lining may vary according to the designer’s vision!

Store in a cool, dry place. Keep it upside down on the flat crown. Avoid dirty or greasy hands coming into contact with the hat. To dust the hat, use a soft brush with dark bristles for dark-coloured hats and light-coloured bristles for light-coloured hats. To remove any stains, use a damp cloth or a small-pored sponge, applying only light pressure in a clockwise direction.

All of our felt hats are quite water-resistant but not fully waterproof. Wearing the hat in the rain is okay but we do not recommend getting the hats soaked.

Use a flexible tape measure

Place the tape around the outermost part of the head.
Slightly above the ears. Keep the tape measure tight.