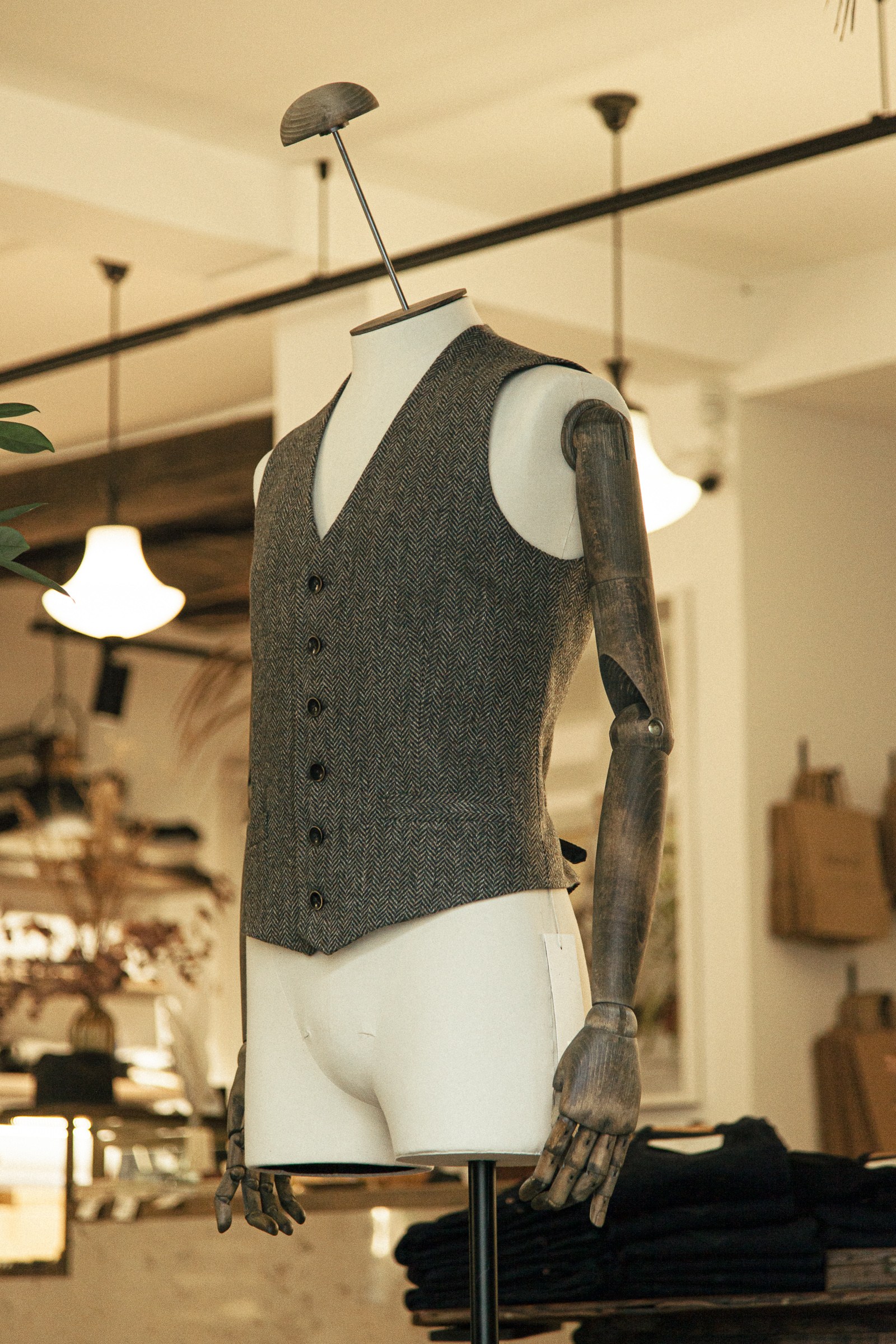 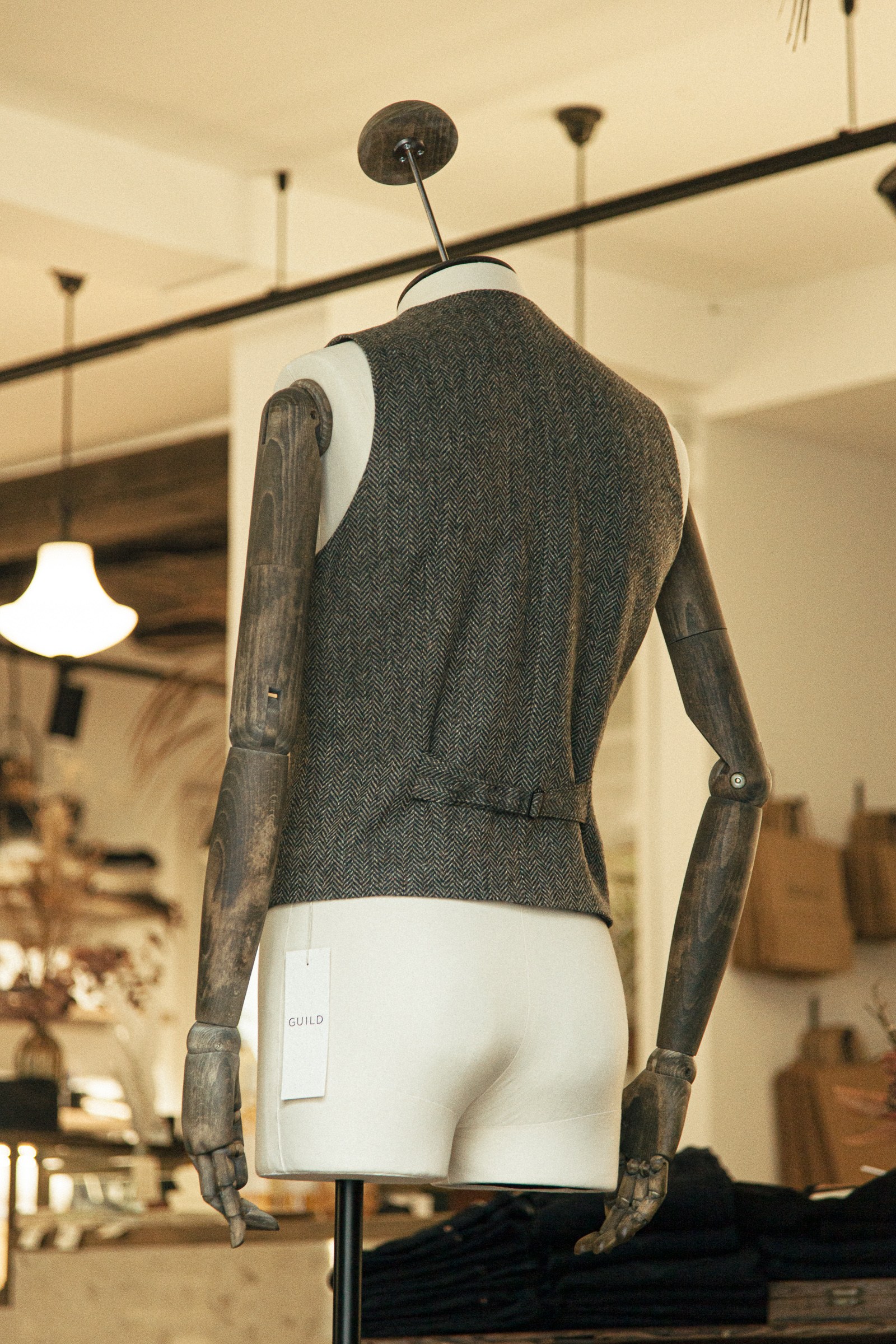 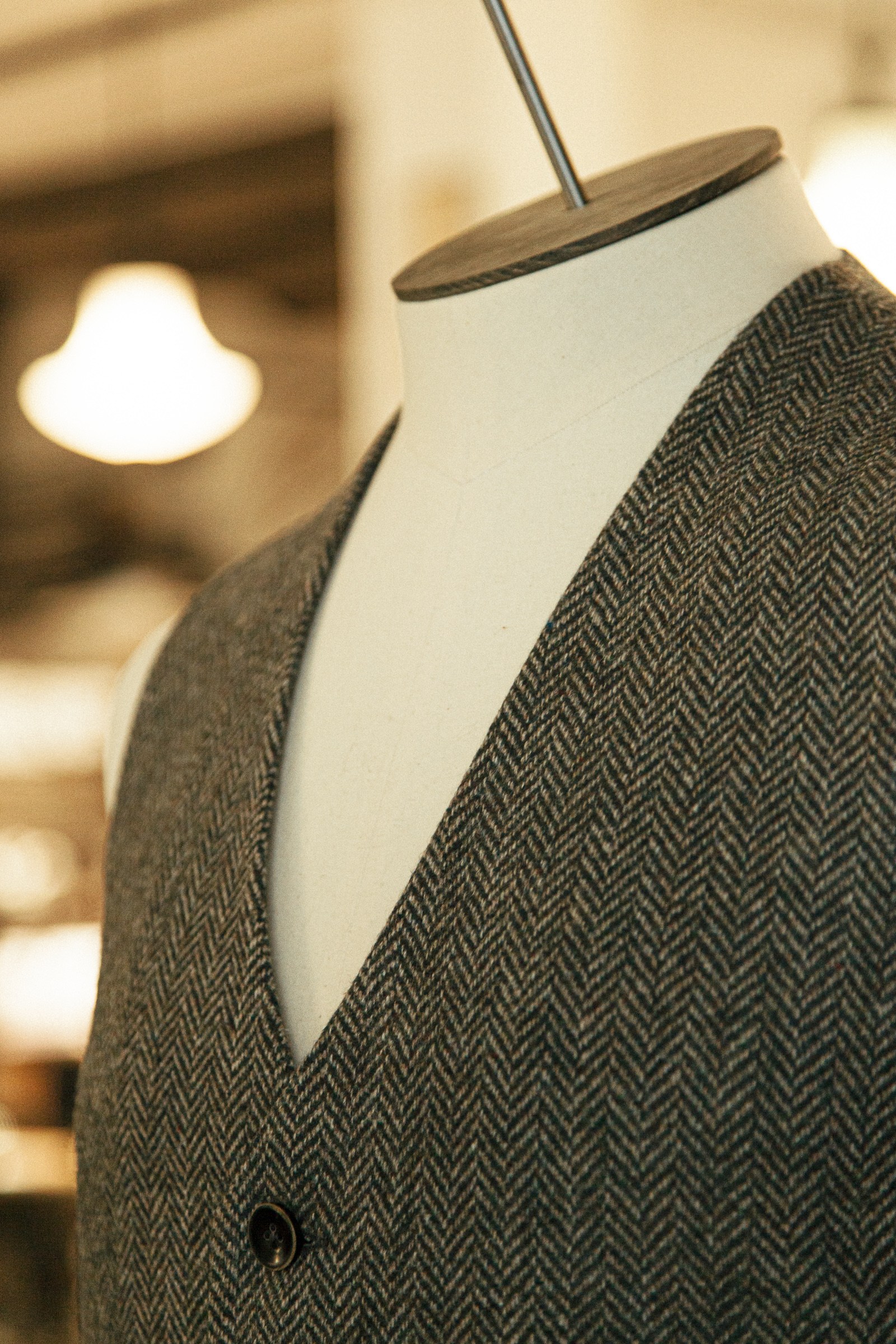 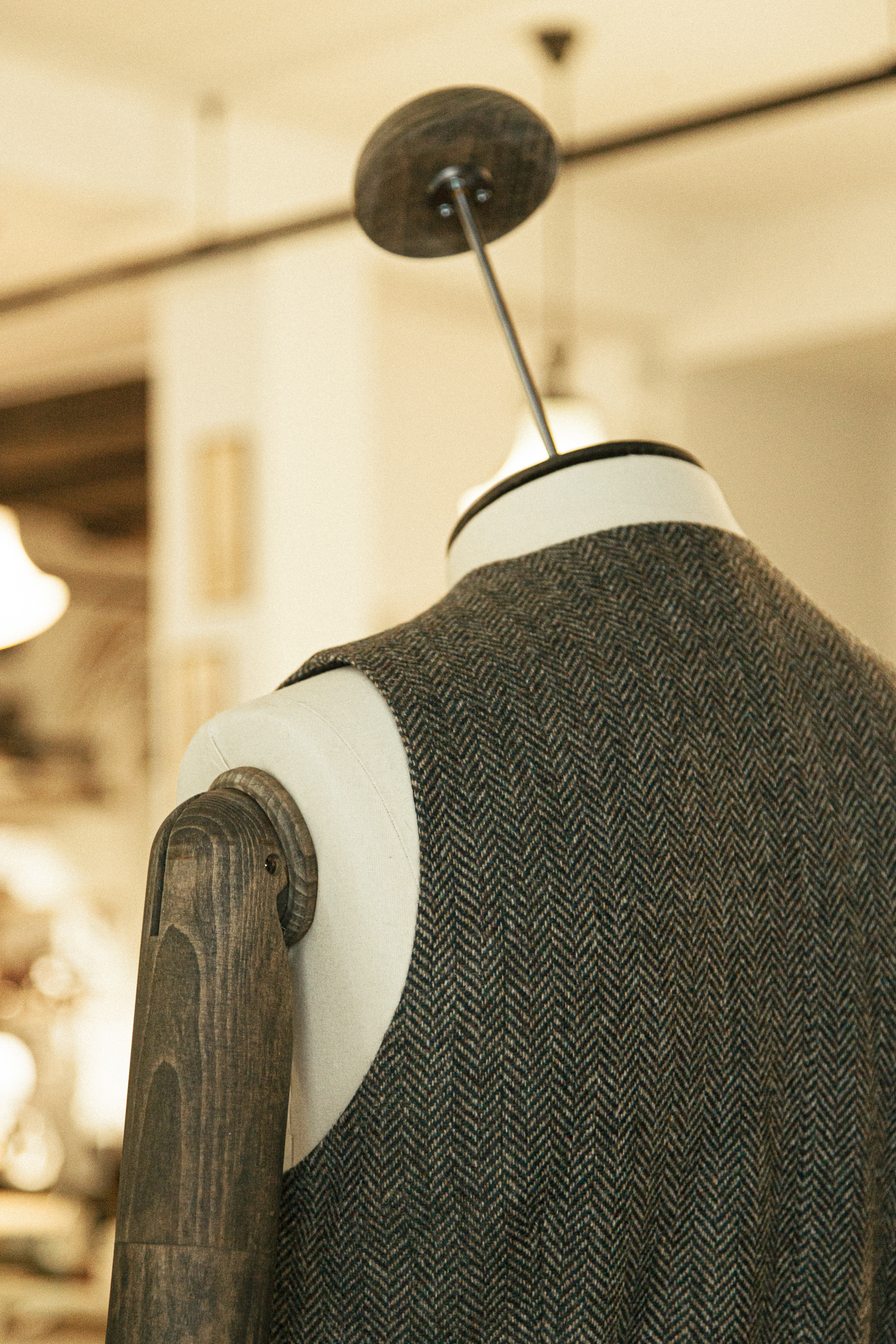 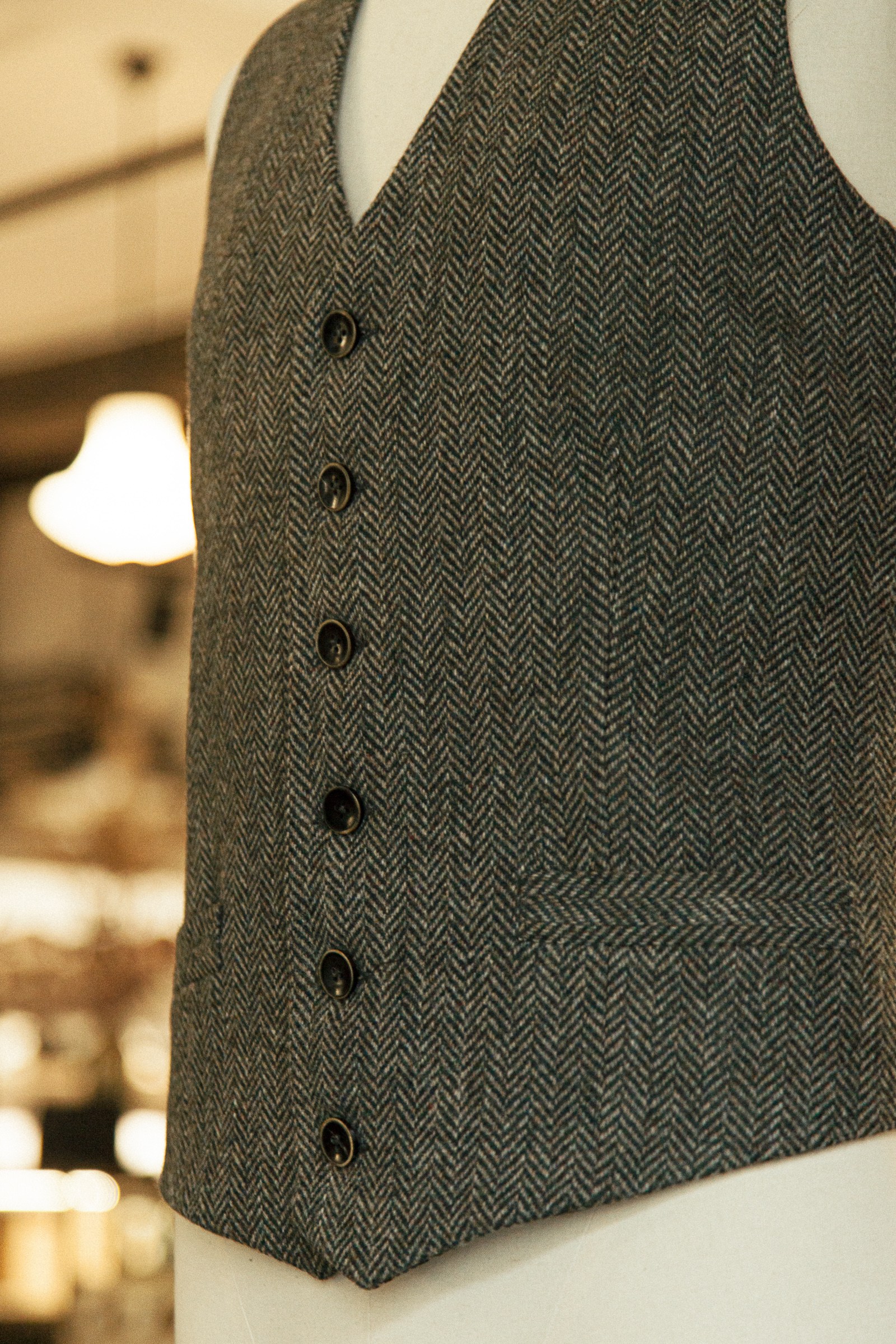 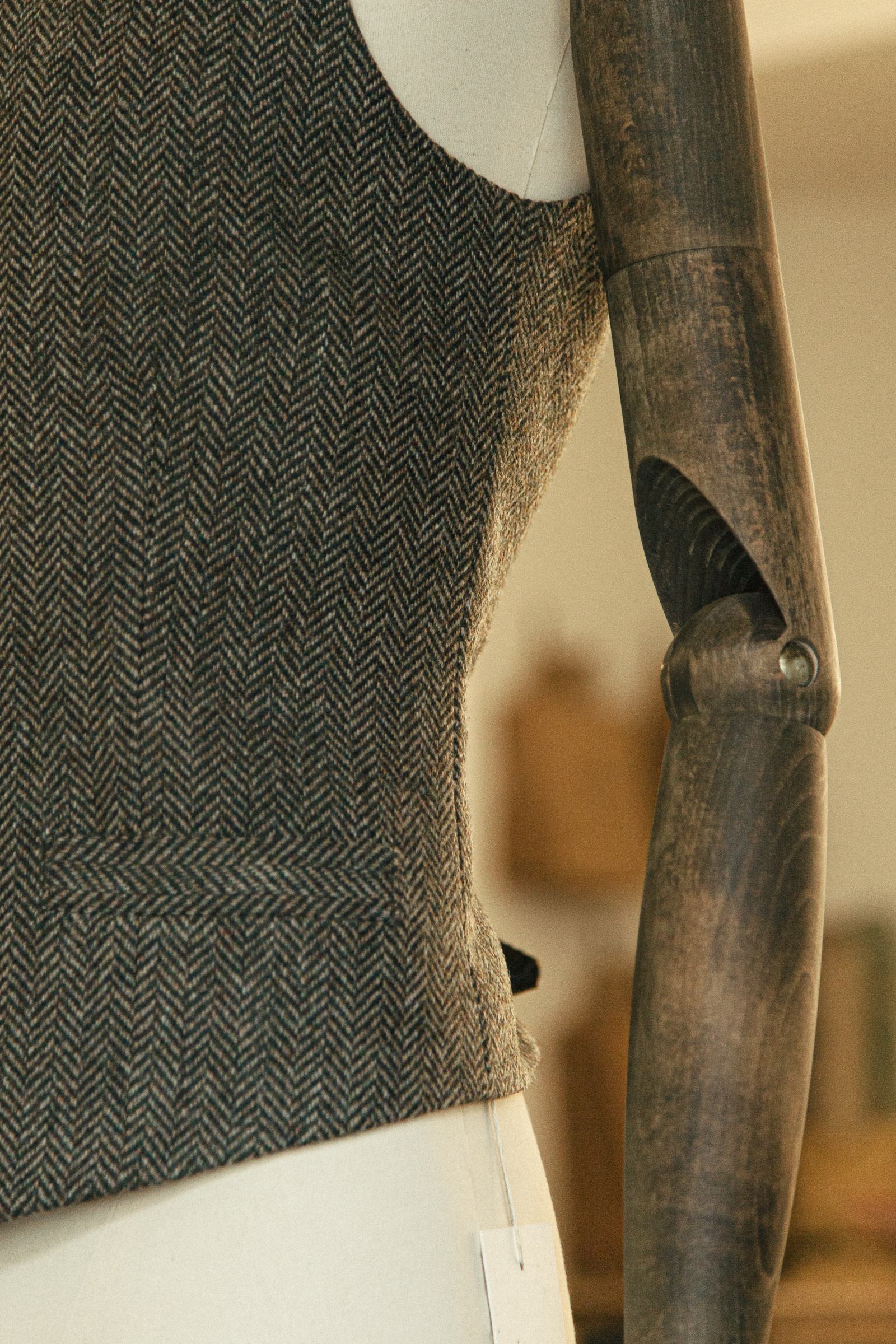 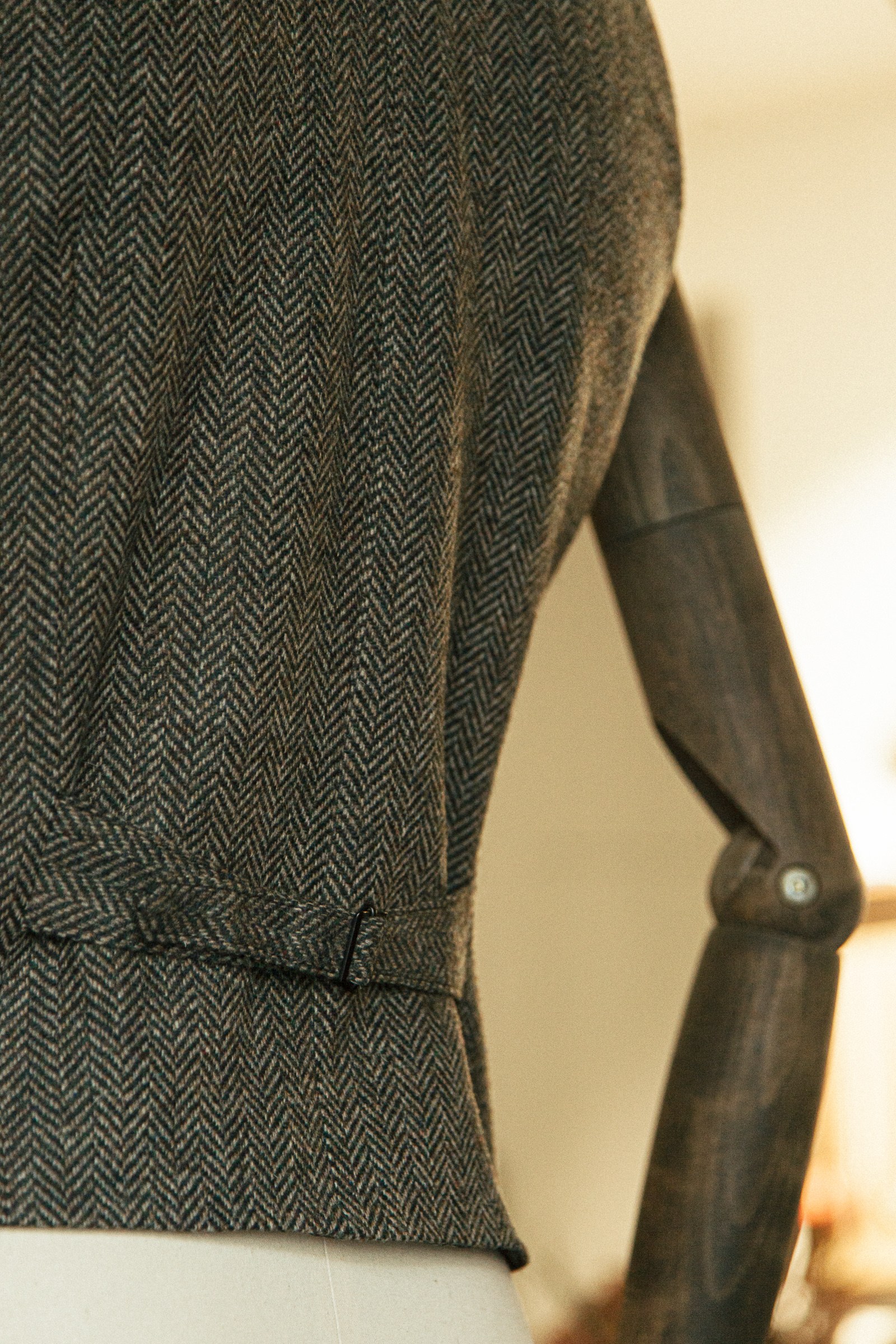 Elegant single breasted waistcoat is crafted of warm and luxurious herringbone wool. The vest has a back buckle for fitting adjustment, six horn button front closure and two welted pockets. 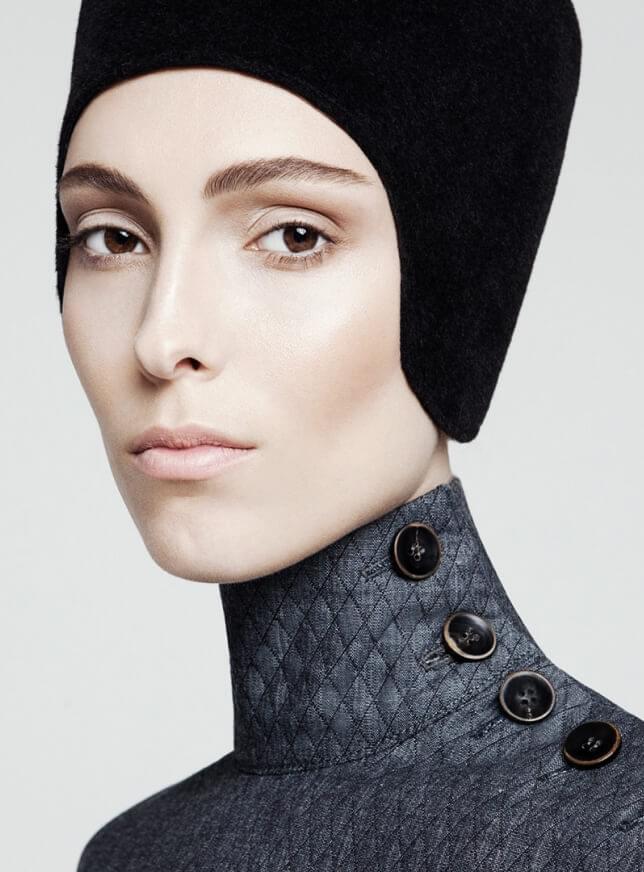