We are pleased to introduce the GUILD symbolism. Before our signature elements could be born, it took us many years of research, visions, and sketches. Something that would reflect our values and who we truly are –

“The Musketeers of Our Time,
the fearless flaneurs and lovers of Life.”

Measure twice and cut once, they say. Perfectionism is not an act, it’s a habit, and though things may take more time, striving for excellence is usually worth it in the long run – especially with such a small team. So here’s the story behind every element: 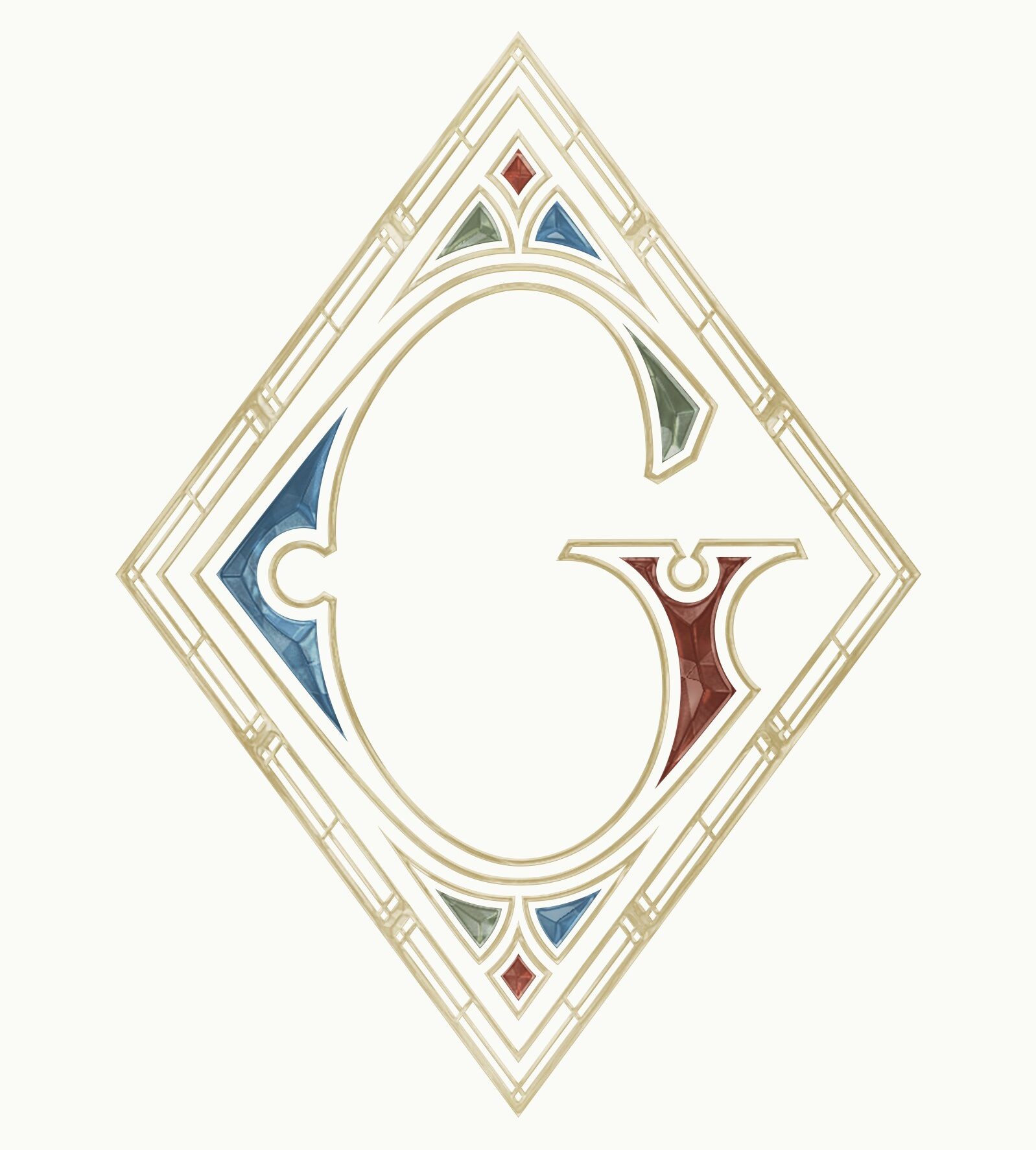 We’ve wanted to create a supporting visual for the word GUILD for quite some time. Something that would reflect our heritage – both Medieval and Viking – and that we could add as a small detail on bags, buttons, or jewelry. A distinctive little element that would be instantly recognizable! So we kept our eyes open. We observed our old town’s historical aspects that date back to the 13th century. We searched the archives for the earliest examples of Viking-era textiles, most of which were woven with the “diamond” twill pattern. We adventured in the indigenous villages of Saaremaa and Muhu to see the same design on the doors of our ancestors – a diamond inside a diamond… 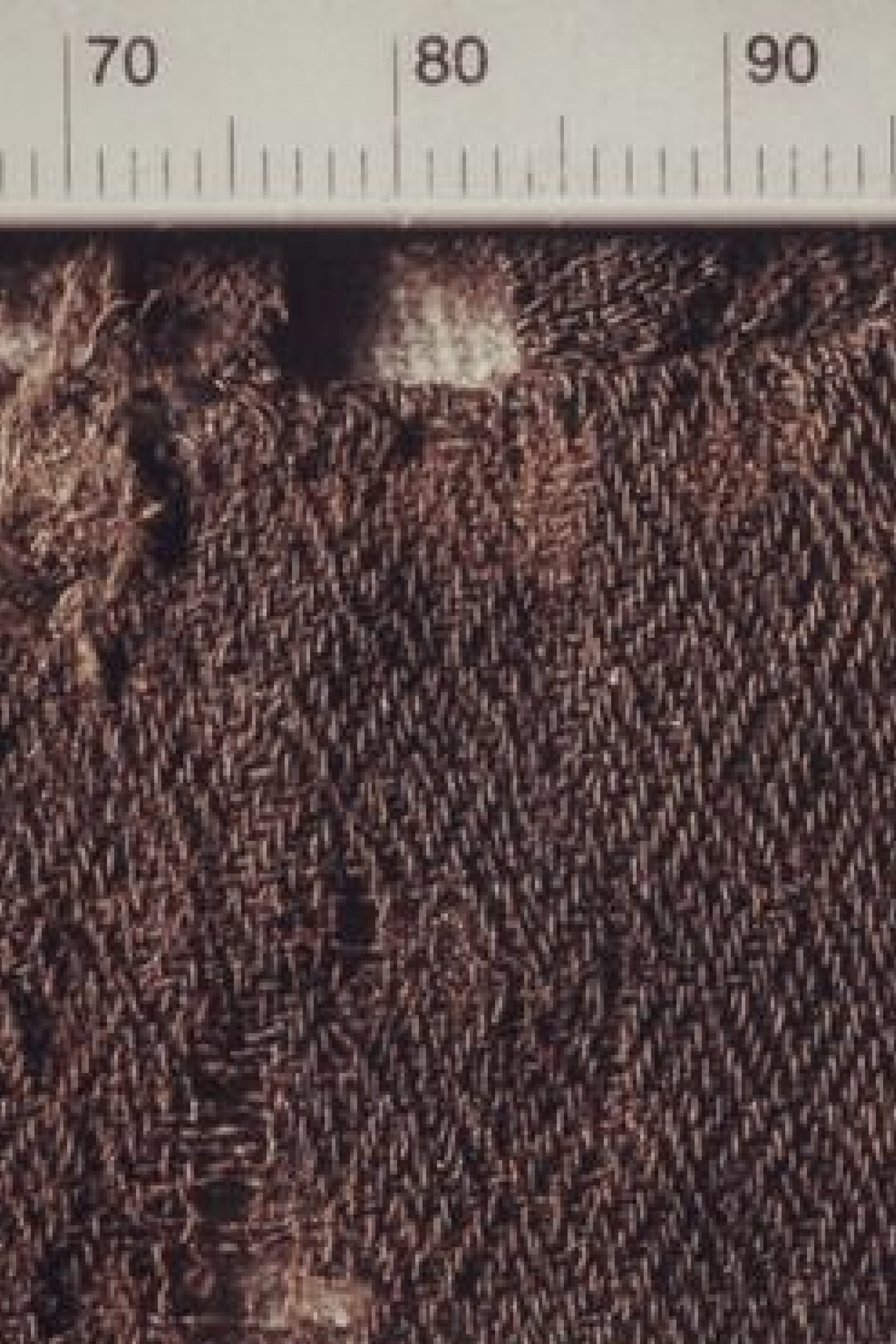 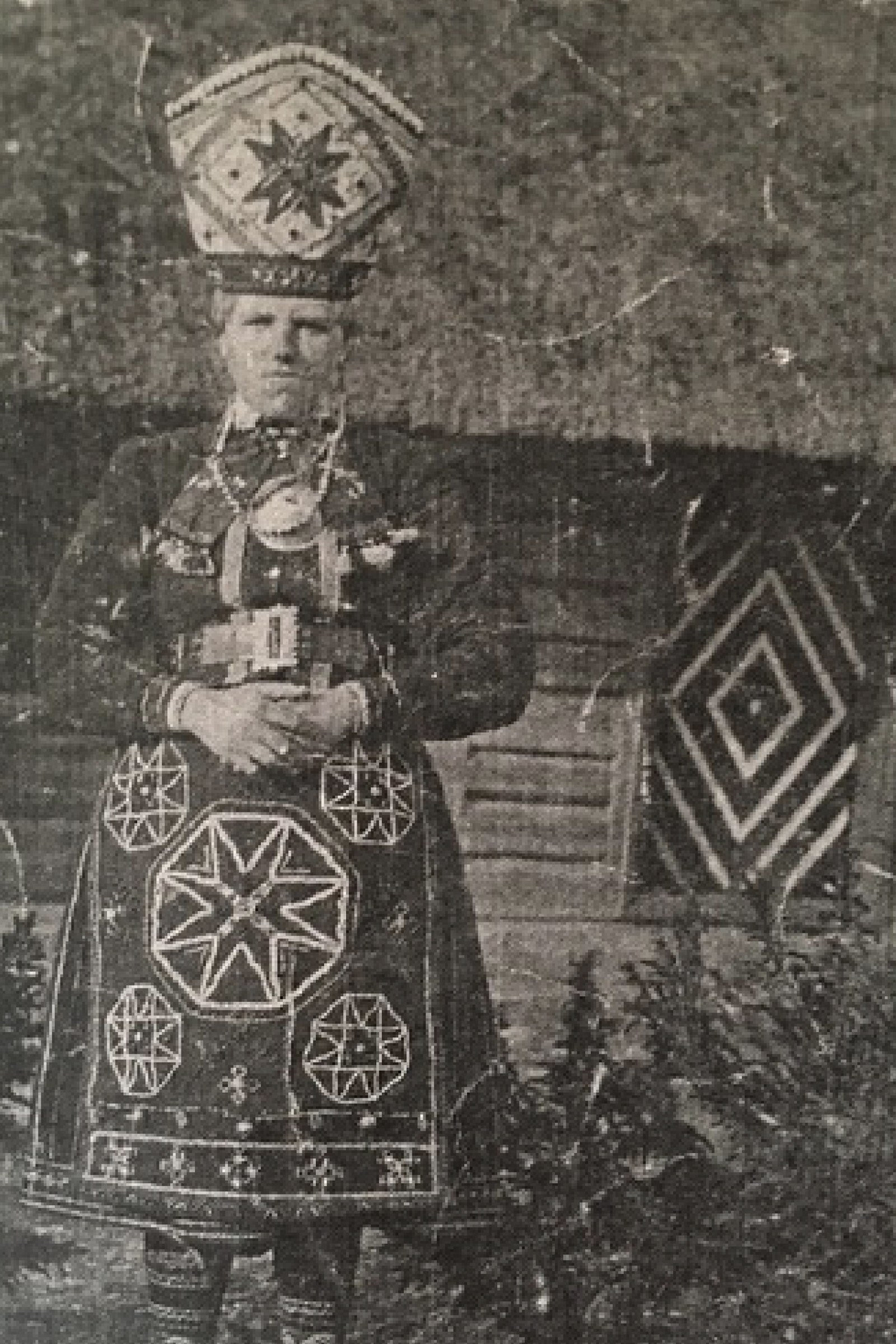 The lozenge, often referred to as a diamond shape

Has a long history that dates back to the Paleolithic era. The four corners symbolize the link between everything, representing the traditional elements of Earth, Water, Air, and Fire. Its relationship to the cross (four points) made it a great symbol of Universality. The sign also reflects the four seasons and the four cardinal points. And there are four phases of the Moon. 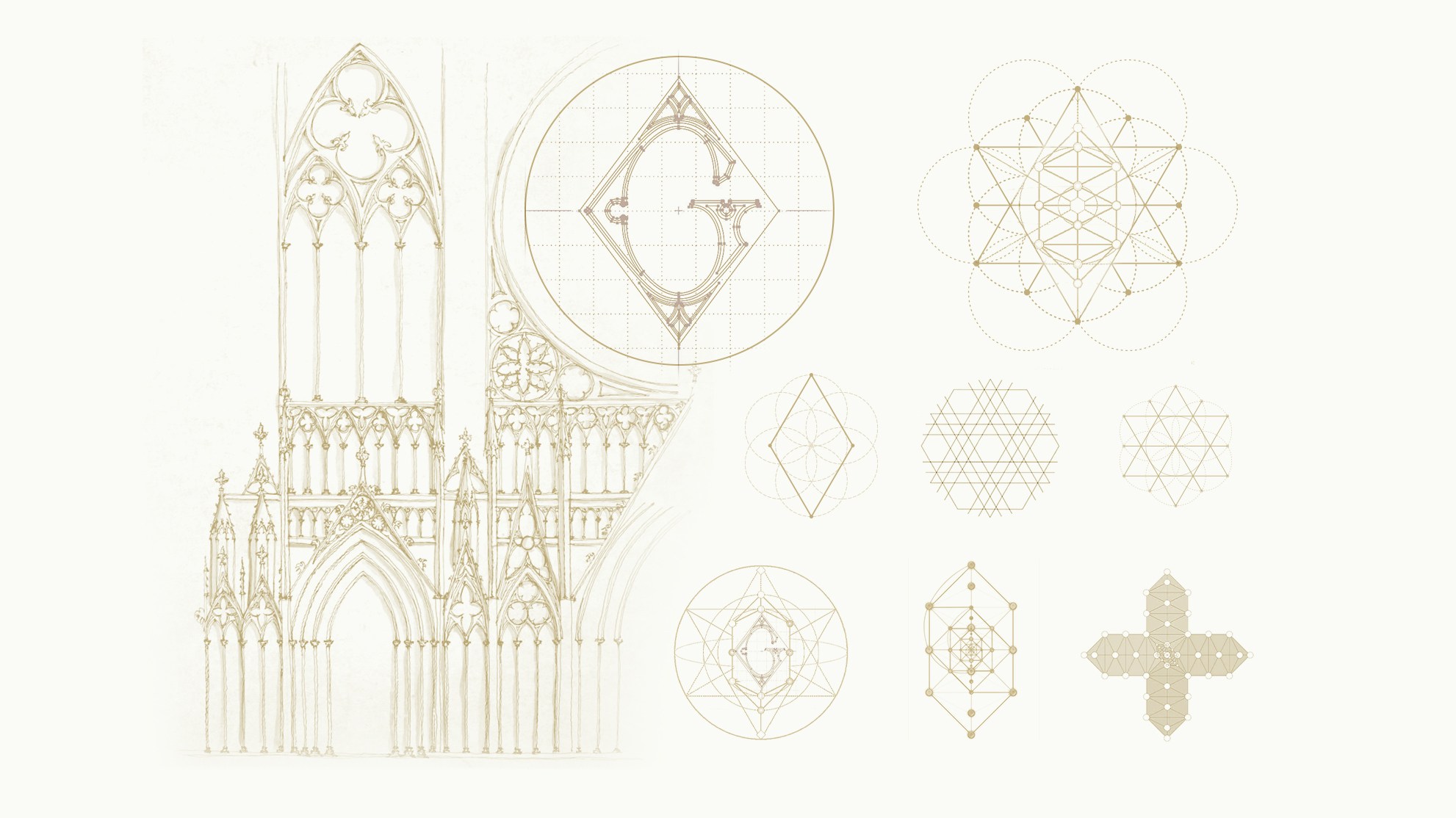 The lozenge pattern also appears extensively in Celtic art, but one of the most notable uses was in the form of diamond twill patterns used by the Vikings. These intricate designs, such as tunics and cloaks, were often found on clothing and were created using a specific weaving technique. The diamond shape in these patterns was believed to symbolize strength and protection, making it a popular choice among Viking warriors.

In Medieval times, the lozenge was often used in various forms of decoration, such as architecture, textiles, and artwork. The geometric pattern was also widely used in heraldry – on shields and coats of arms. Not to mention the playing cards – at the end of the 15th century, the French added to the deck of cards the carreaux – diamonds – that influenced the court’s fashion and harlequins. In addition to its use in decorative designs, the lozenge pattern also held symbolic meaning. Guilds used rhombs in their art and crafts to convey a sense of strength and stability of the patron commissioning the work. These commissions often included specific colors, patterns, and motifs, such as griffins, rhombs, and other mythical creatures, believed to have special meanings in symbolism. 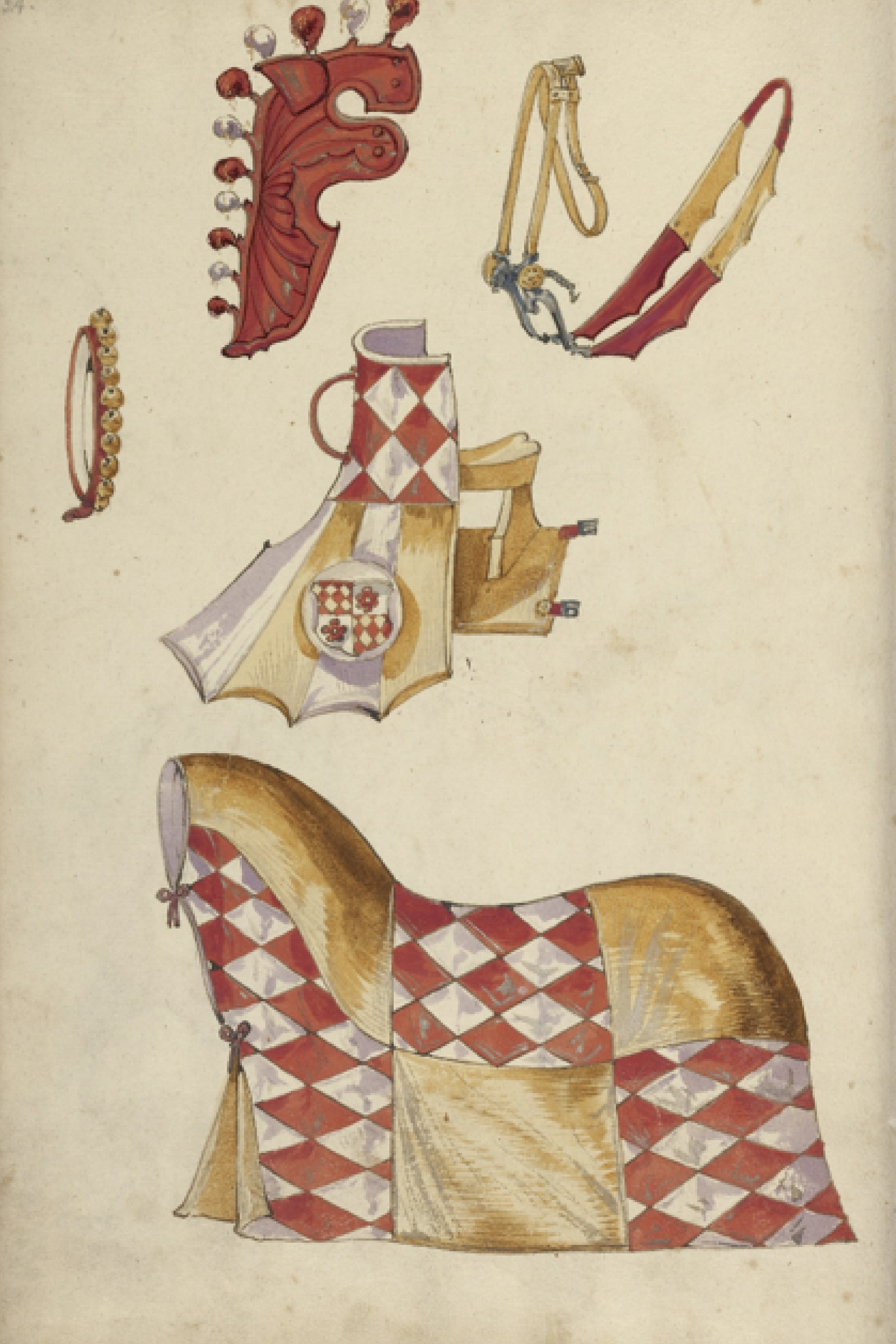 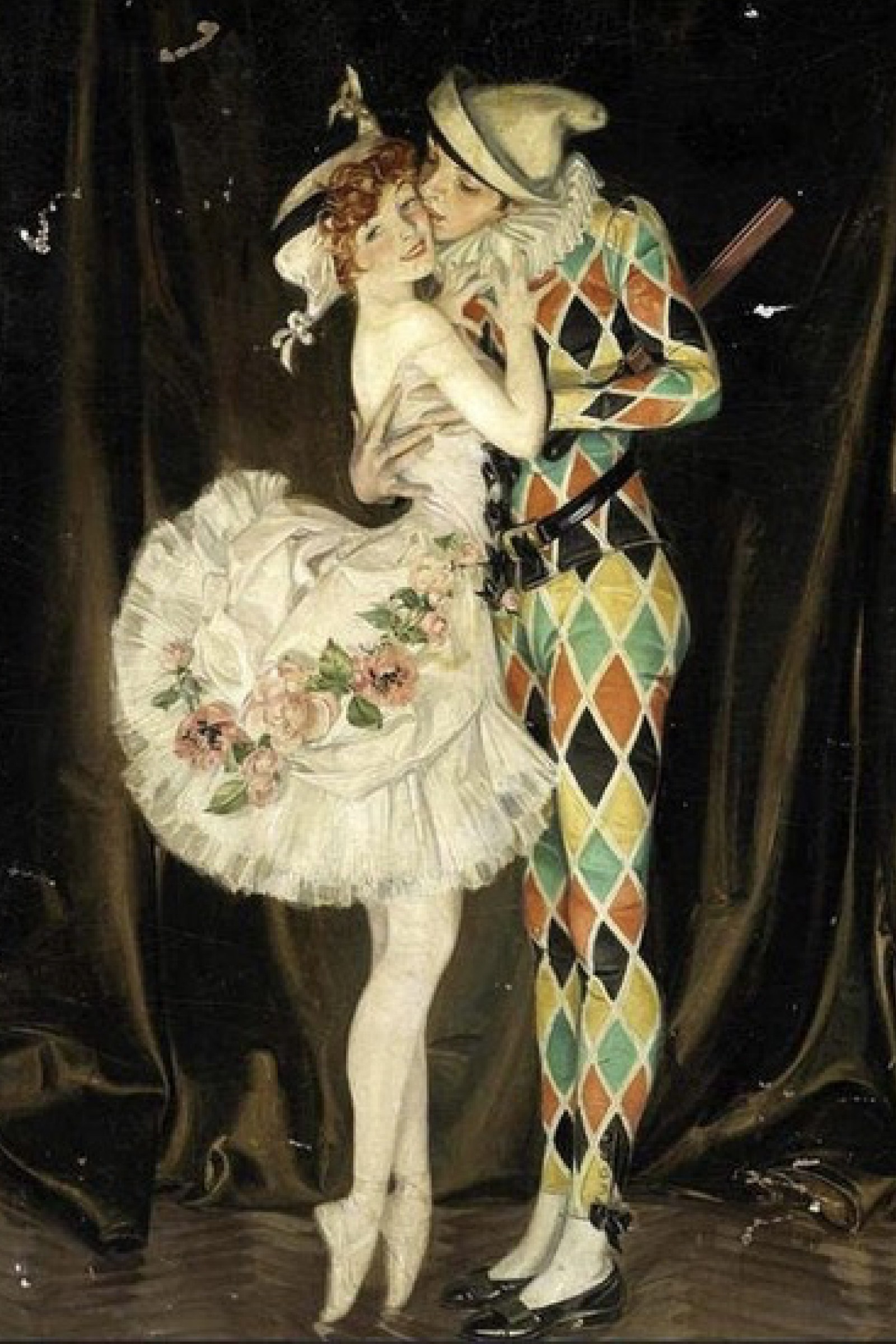 In our monogram G, we entwined the intention with our heritage; from this, GUILD’s signature pattern was born. Like a network, it connects artists, master artisans, and all like-minded souls and musketeers who stand for the same values to make the world more beautiful and united. A geometric pattern consists of interconnected diamonds guarded by griffins and enriched with four-petal flowers. 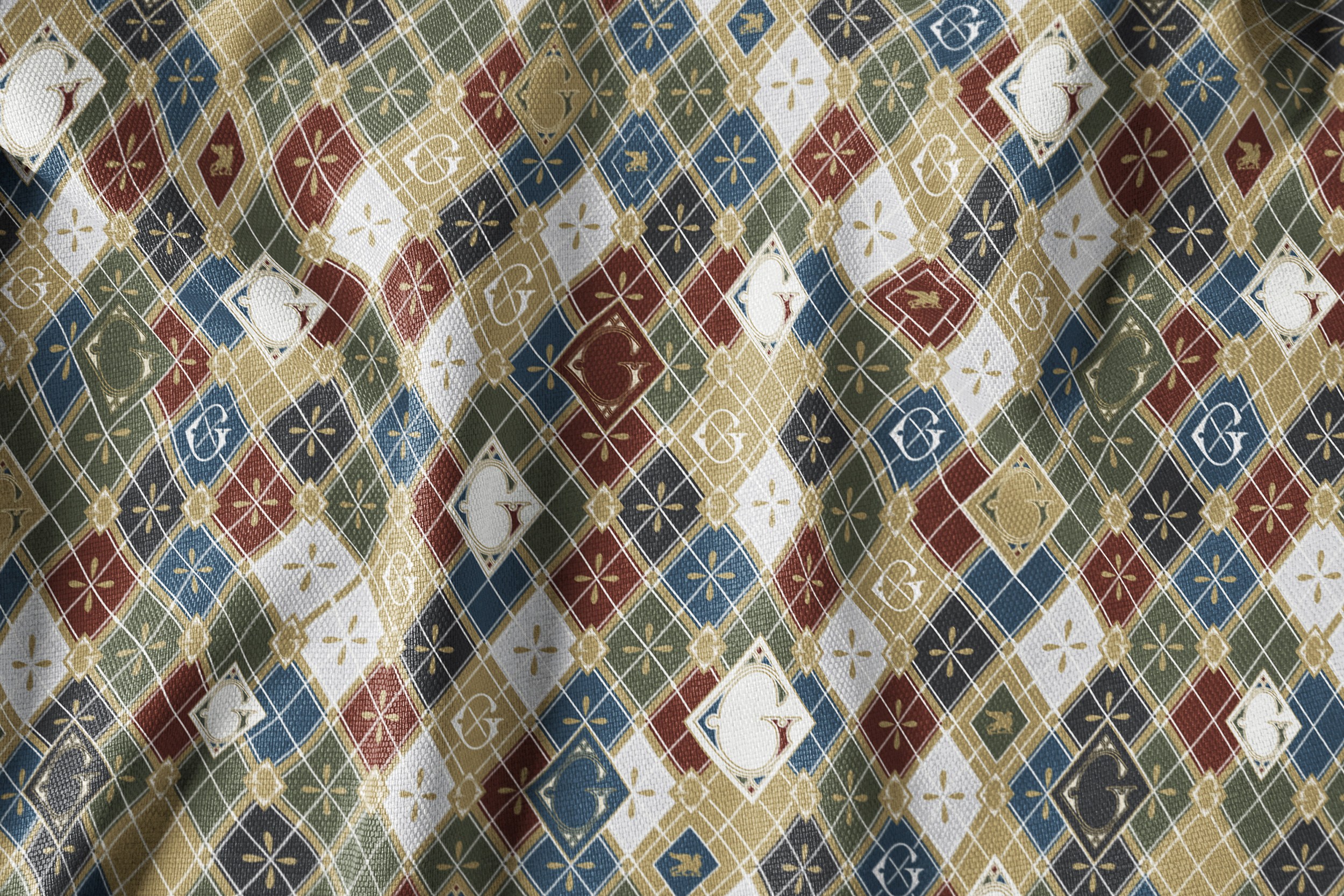 The griffins are the mythical creatures with the head and wings of an eagle – the majesty of birds – and the body of a lion – the king of Animalia. Often depicted as noble and powerful animals, they have been used as symbols of strength and protection in many cultures throughout history. The griffins are believed to have magical powers. They were often associated with the divine, making them an important symbol in Medieval art, where they were depicted as guardians, protecting buildings and treasures.

In our hometown on The Great Coastal Gate, two griffins hold up the coat of arms of Reval, Tallinn. Crafted in 1529, the stonecutter Gert Koning from Westphalia made the work of art. 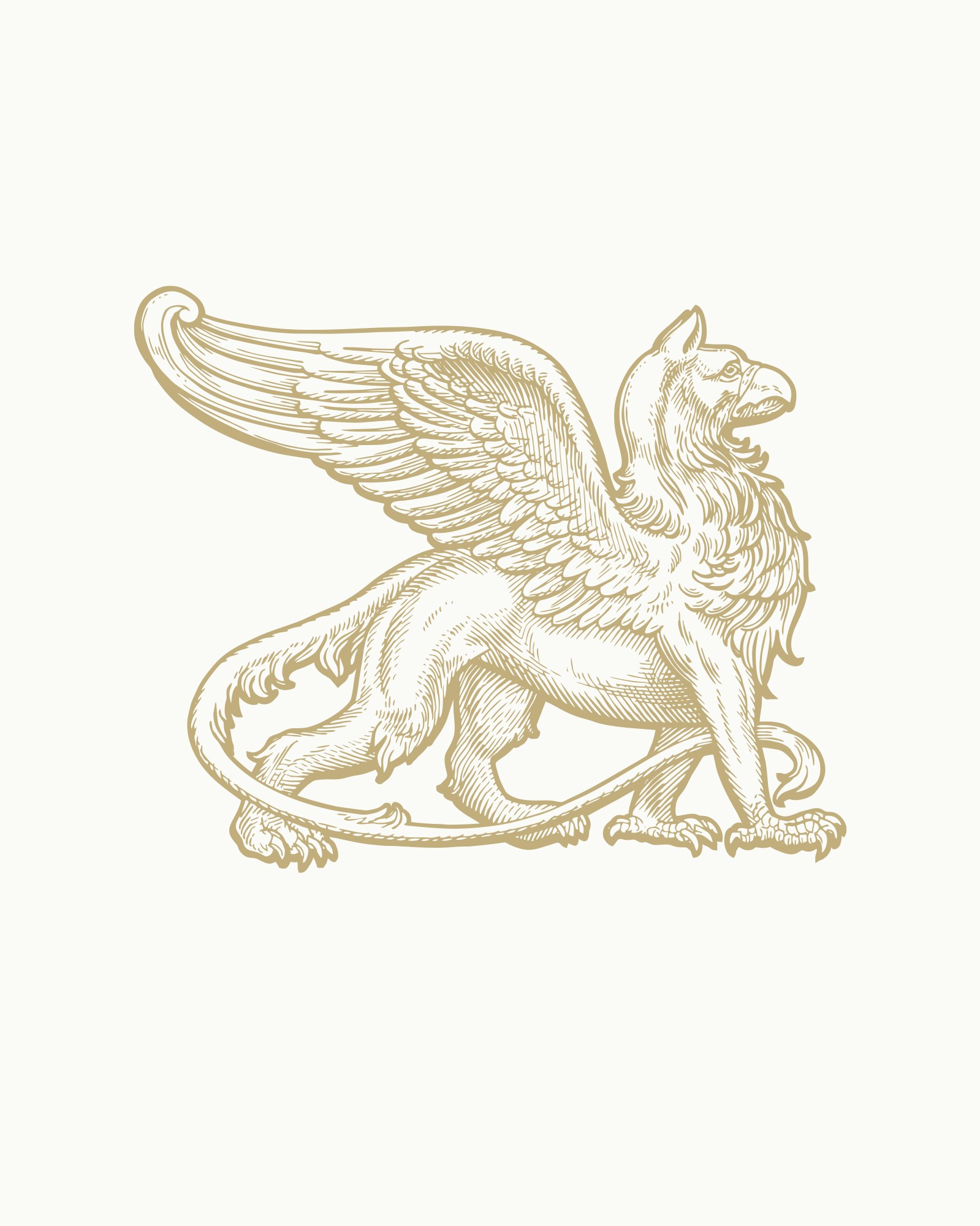 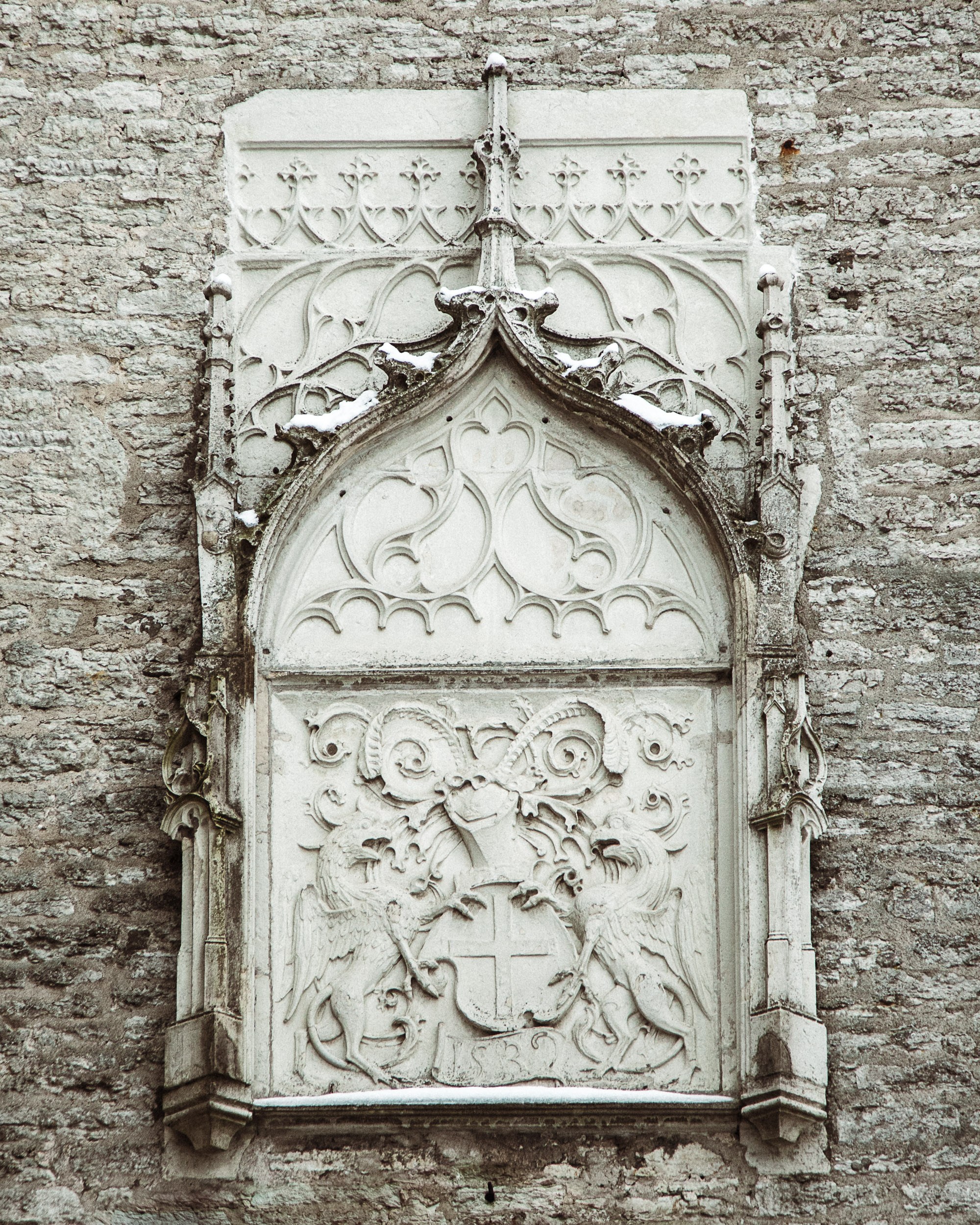 A quatrefoil is another element drawn from our heritage. As the symbol of all life, beauty, harvest, and union, it is believed to bring luck. It is found in Medieval art, architecture, and heraldry and is often used in a repeated pattern. Like the lozenge element, the flower reflects the unity. We elongated it in the style of the flower of life.

May the grace – and the beauty
we bring to this world – radiate through all spheres
of existence! 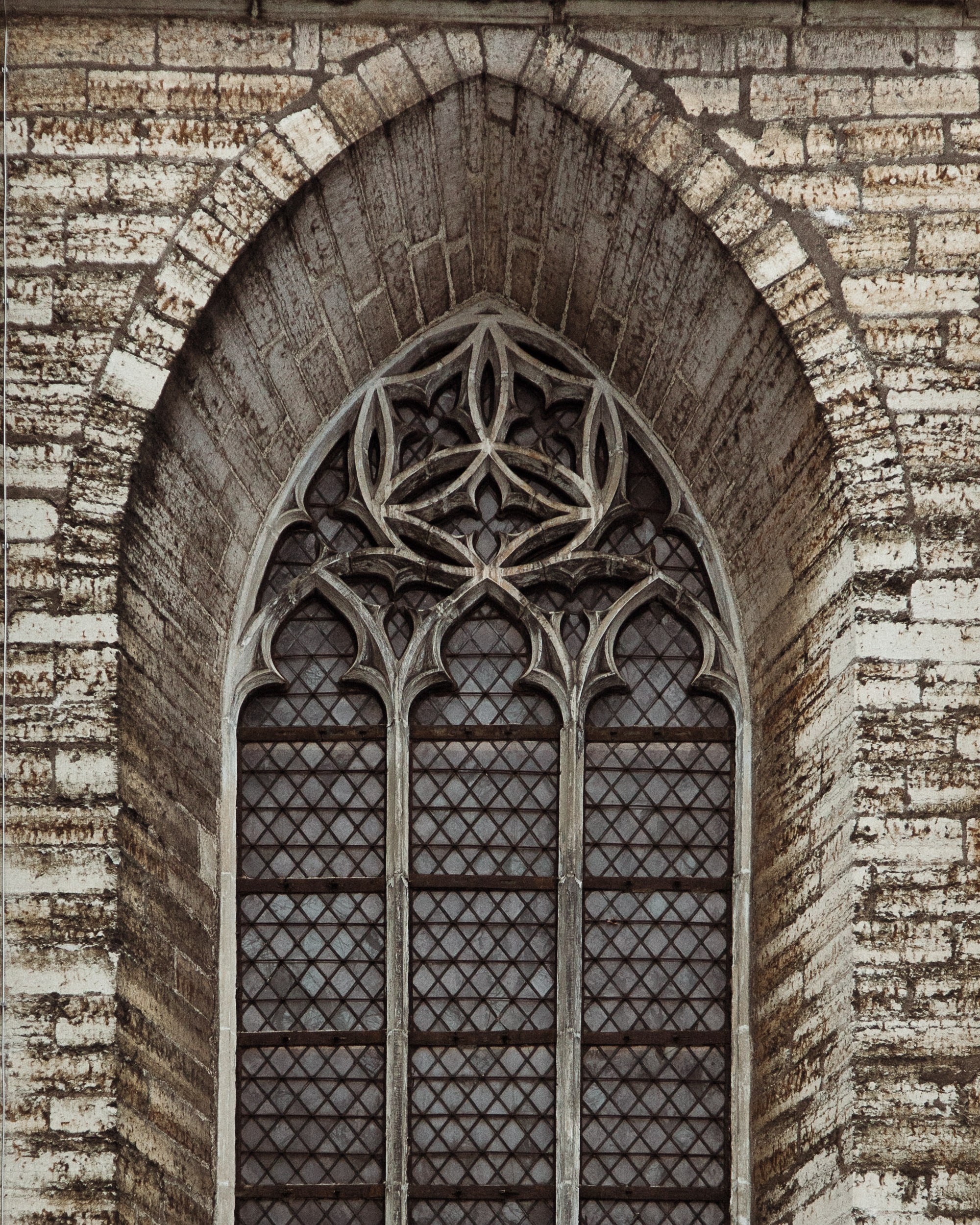 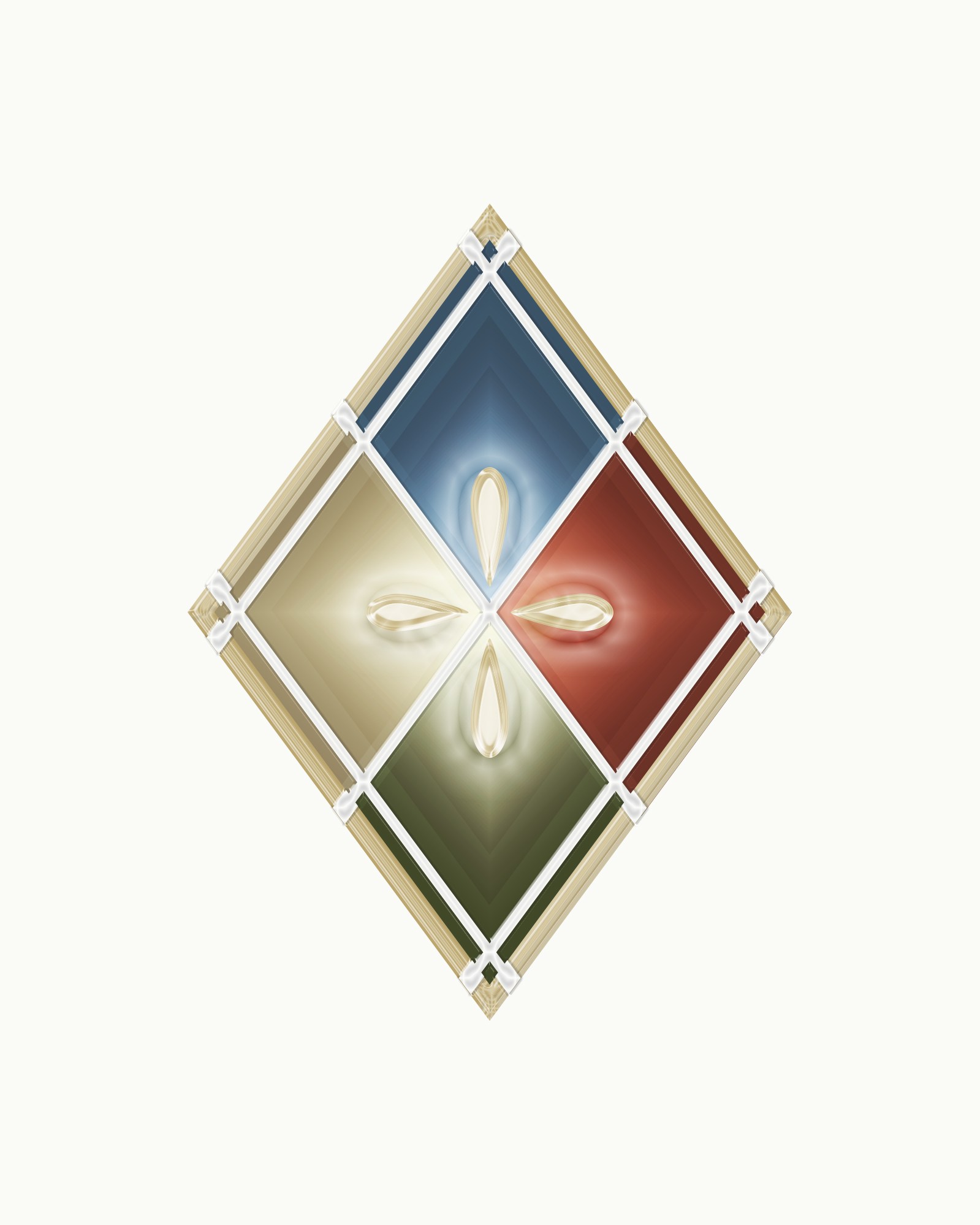 As everything has a meaning, colours, too, played a significant role for us and in Medieval art – with each colour carrying its symbolic meaning. For example, red was often used to represent strength, passion, and love, blue was seen as a symbol of the divine and loyalty, and green was associated with nature, joy, and rebirth – the rejuvenation of the Earth. On the other hand, gold was seen as a symbol of wisdom, generosity, and glory. White symbolized purity and innocence, while black power and secrecy. Guilds often used these symbolic colours in their art and crafts to convey a particular message.

One of the most famous uses of colour in Medieval art can be found in the illuminated manuscripts of the time, which were richly decorated. In addition, pigments were used extensively in Medieval architecture, where they adorn the interiors and exteriors of churches, castles, and other buildings – the interior of Tallinn town hall, the oldest city hall in Northern Europe, being a great example. 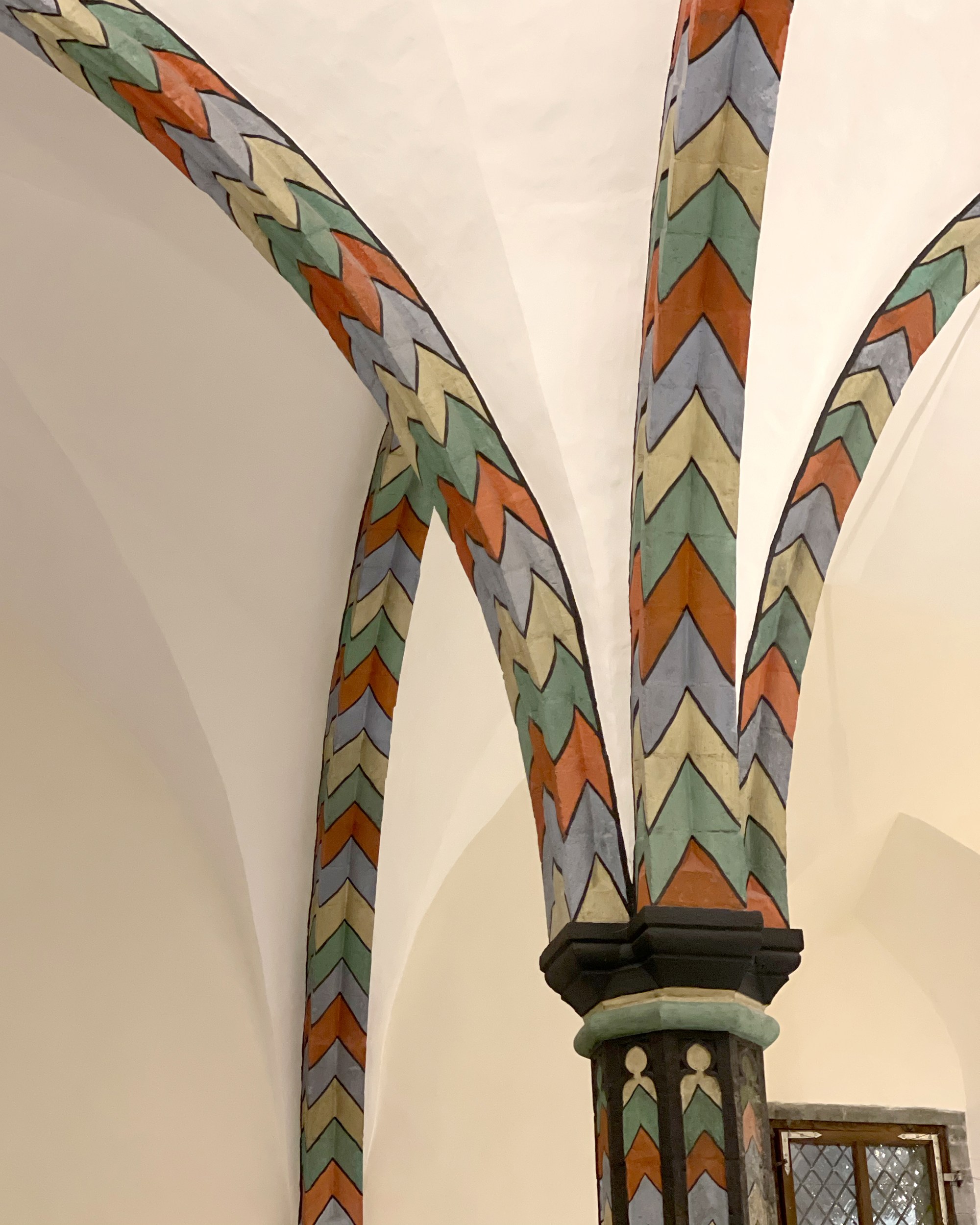 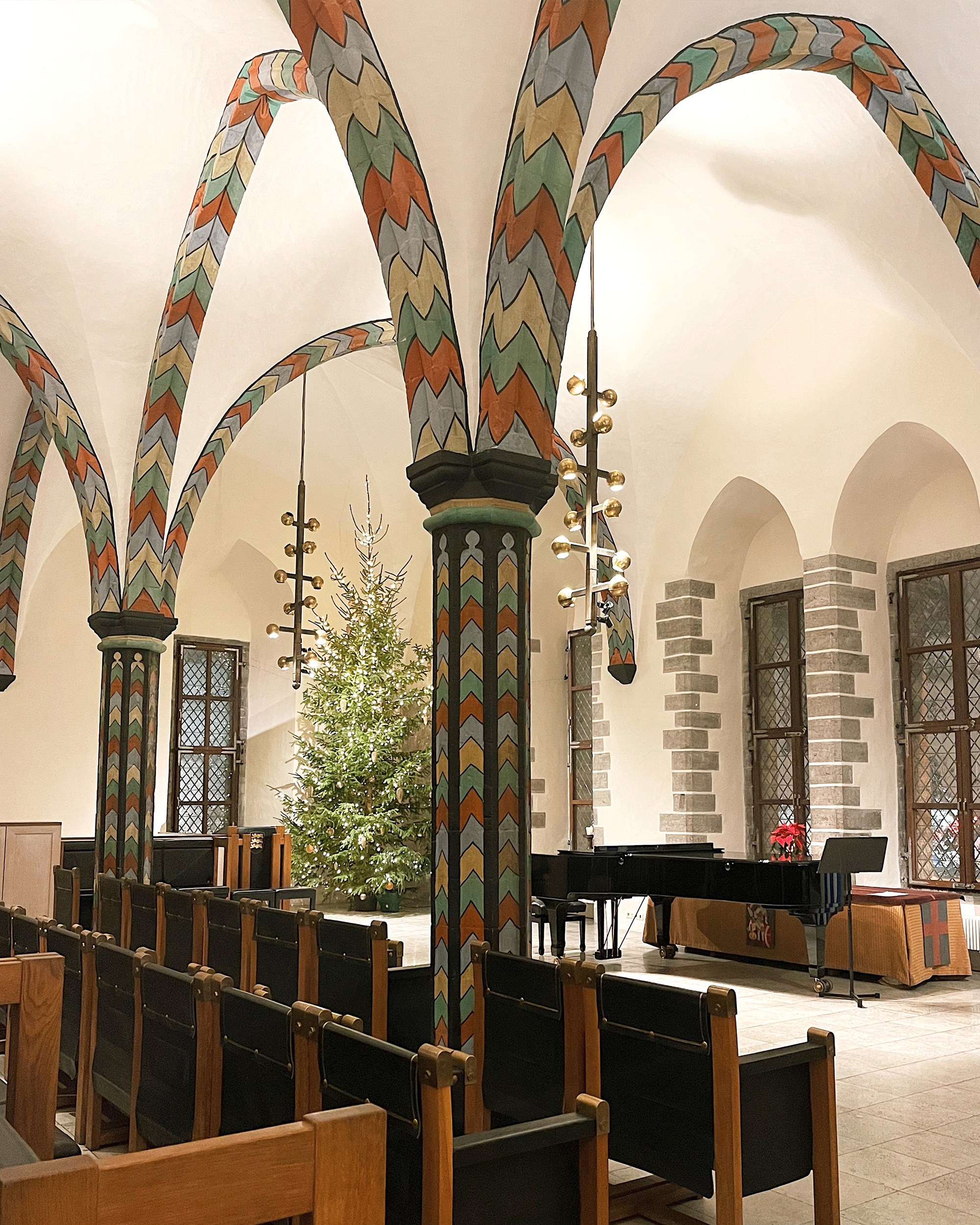 And last but not least – the three swords of the GUILD Musketeers. Drawn by our master artist – just like the griffin – the three swords symbolize protection, authority, strength, and courage. The root of the word courage is cor – the Latin word for heart. In one of its earliest forms, the word courage had a very different definition than it does today. Courage originally meant “To speak one’s mind by telling one’s heart.”

“We certainly need heroes, but I think we’ve lost touch with the idea that speaking honestly and openly about who we are, about what we’re feeling, and about our experience is the definition of courage. Heroics is often about putting our life on the line. Ordinary courage is about putting our vulnerability on the line. In today’s world, that’s pretty extraordinary.” 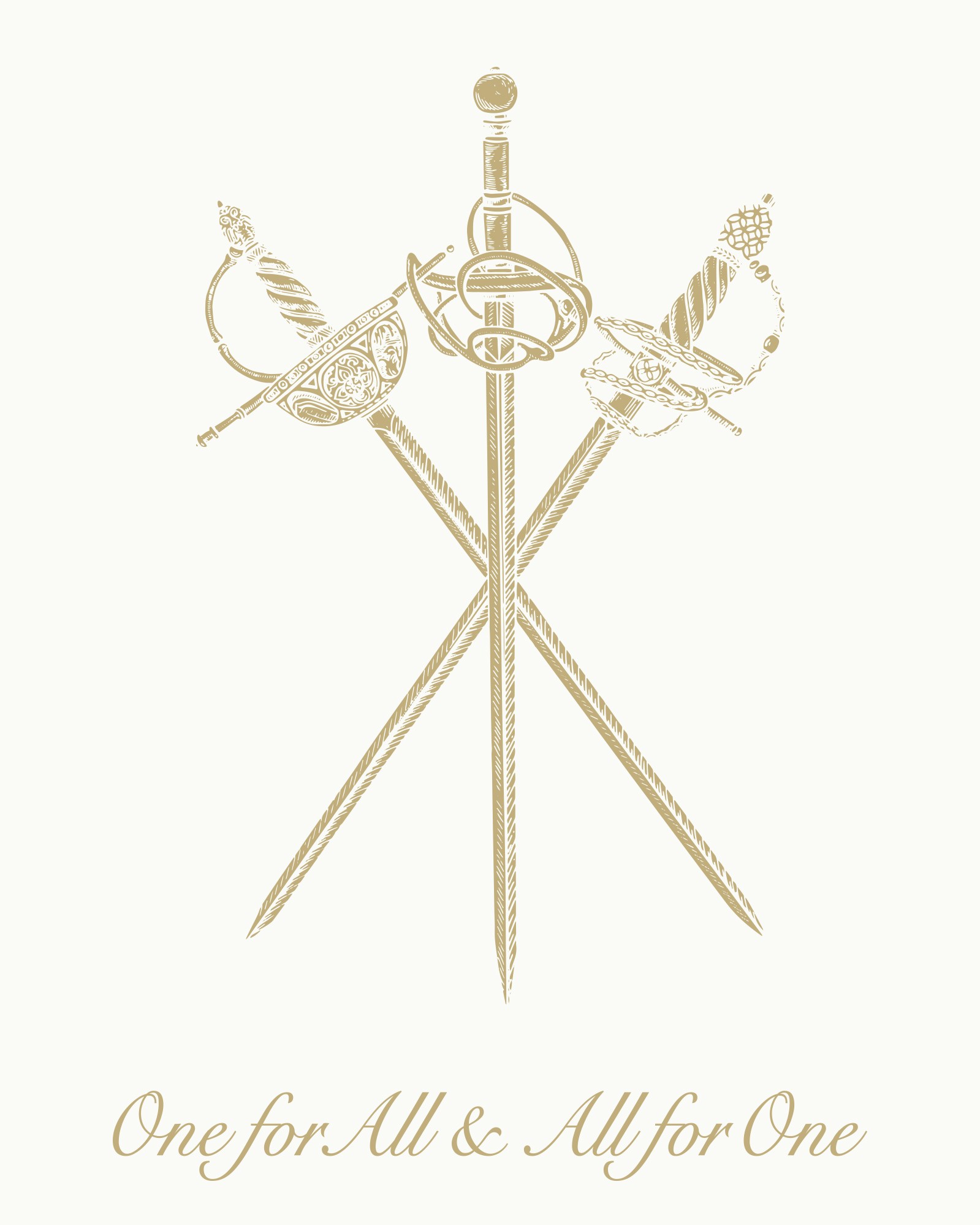