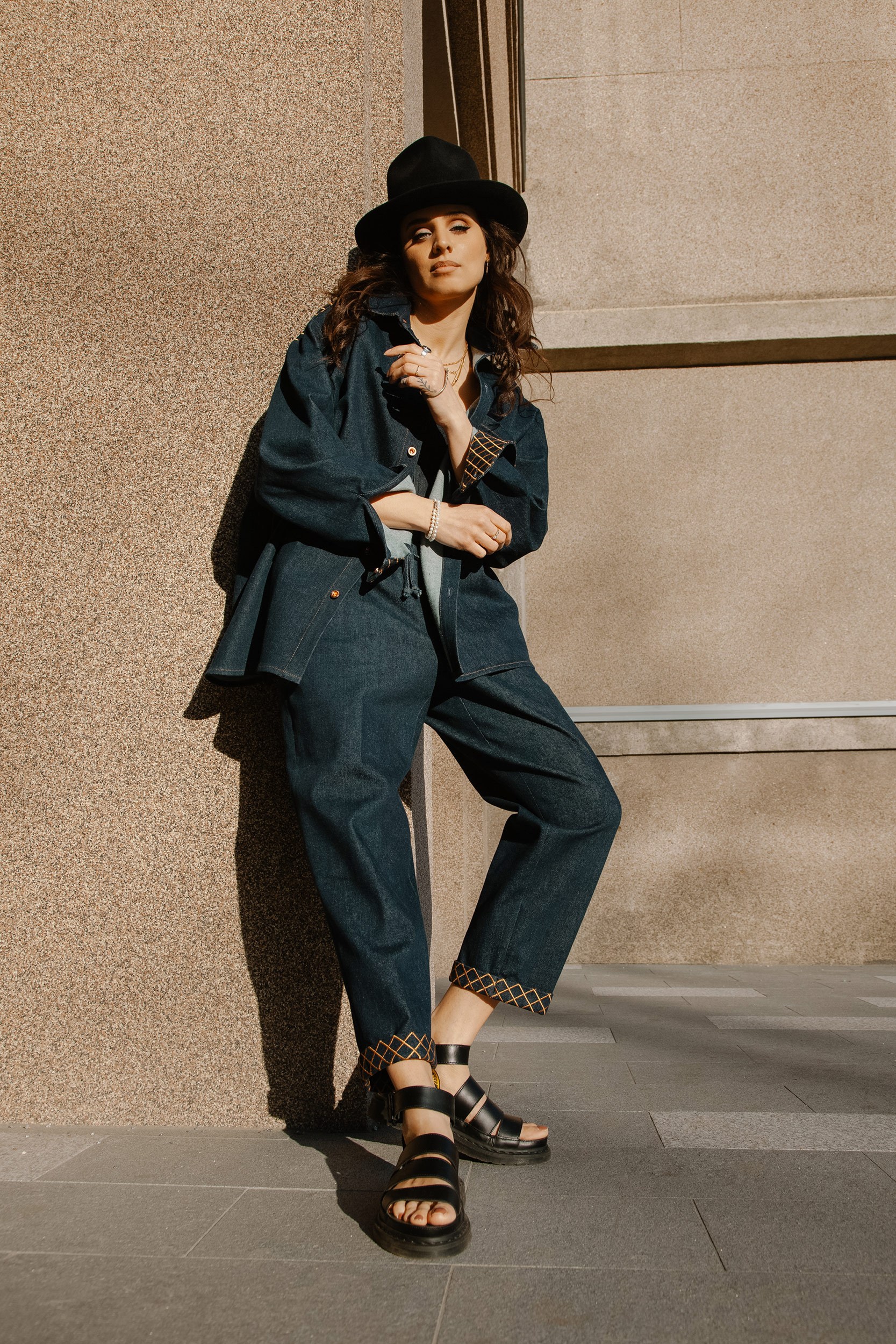 We’ve been fascinated with diamond shapes and patterns for many years now. We’ve been using such motives on our collections since Chapter Three and in social media for as long as we remember. Were we inspired by the suits of playing cards? Quite possibly – we’ve always admired everything imaginary and one of our closest friends is a magician so cards definitely have a place in our lives. But the true connection between the symbol and our visions runs even deeper. 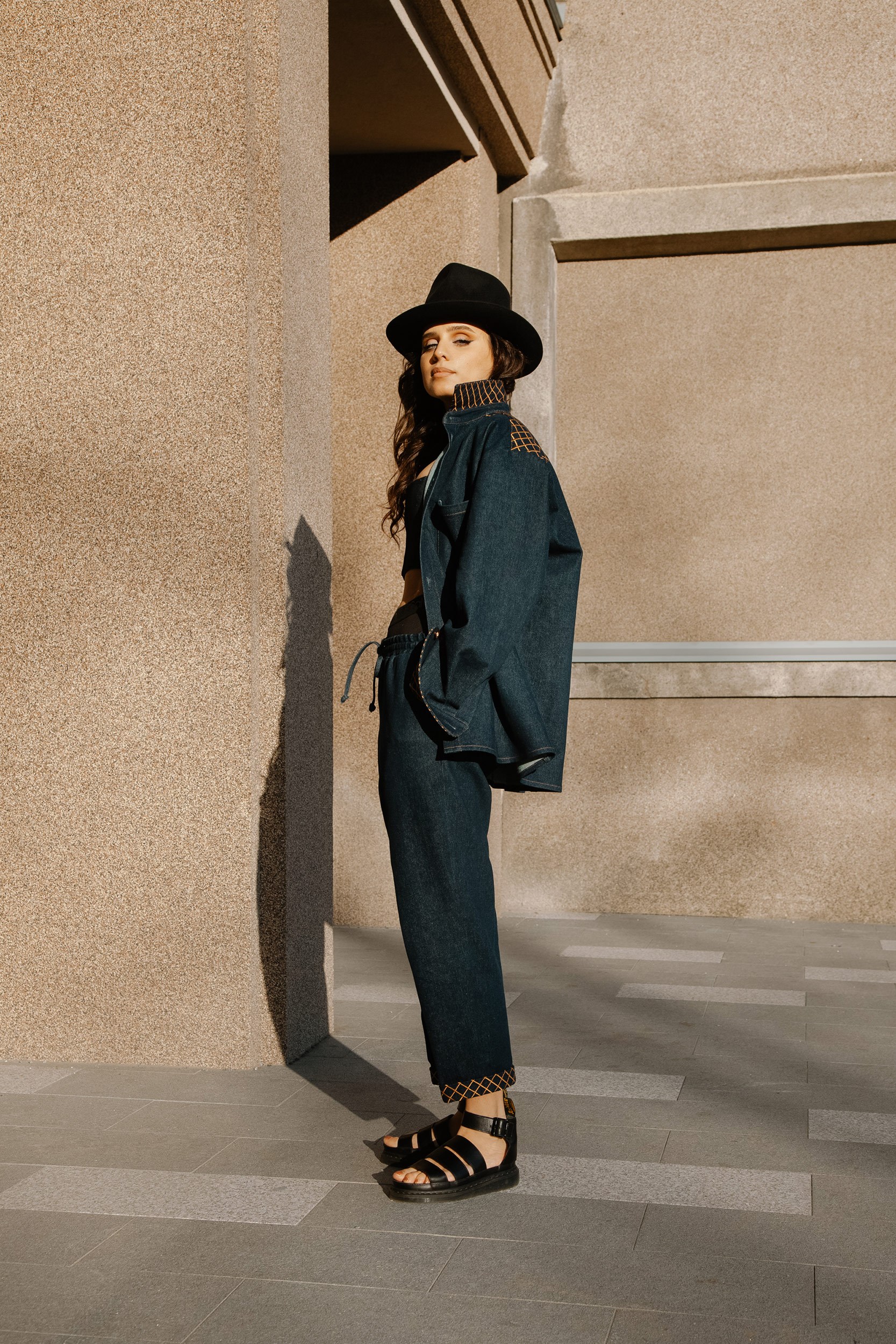 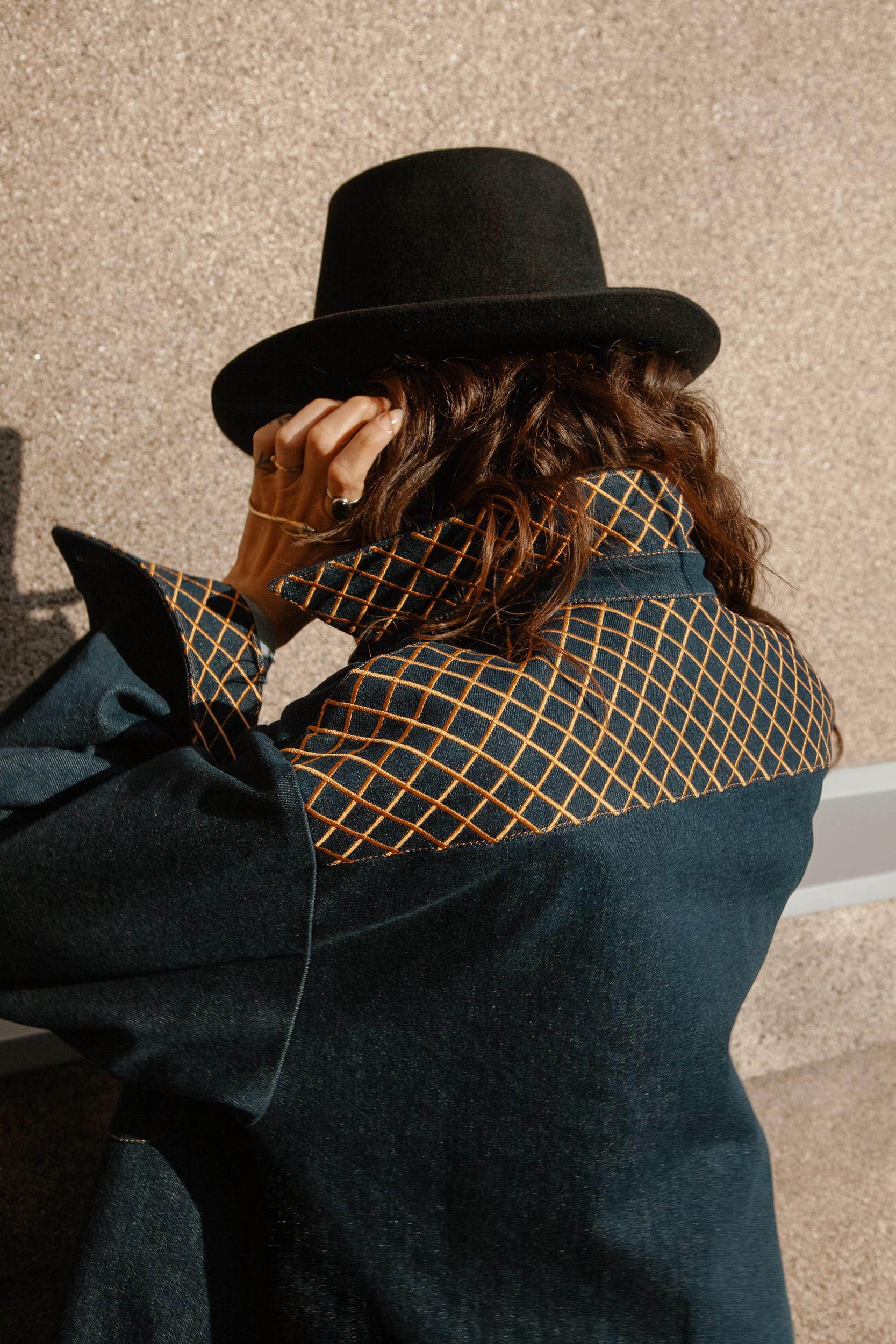 We haven’t made a secret of our Viking heritage and if in Europe, the classic playing cards came into fashion in the 13th century – the dices of Vikings were already being forgotten. One of the symbols widely used was the rune Ingwaz – a symbol of growth, strength, love, and unity. One of the oldest fragments of textiles found in ancient Viking graves has also been diamond twills with Ingwaz in the very center. On the islands Saaremaa and Muhu – where Joan’s roots are – the kirivöös still reflect the same patterns. Not the mention the heavy wooden doors of Reval which are decorated with the same, diamond motives. 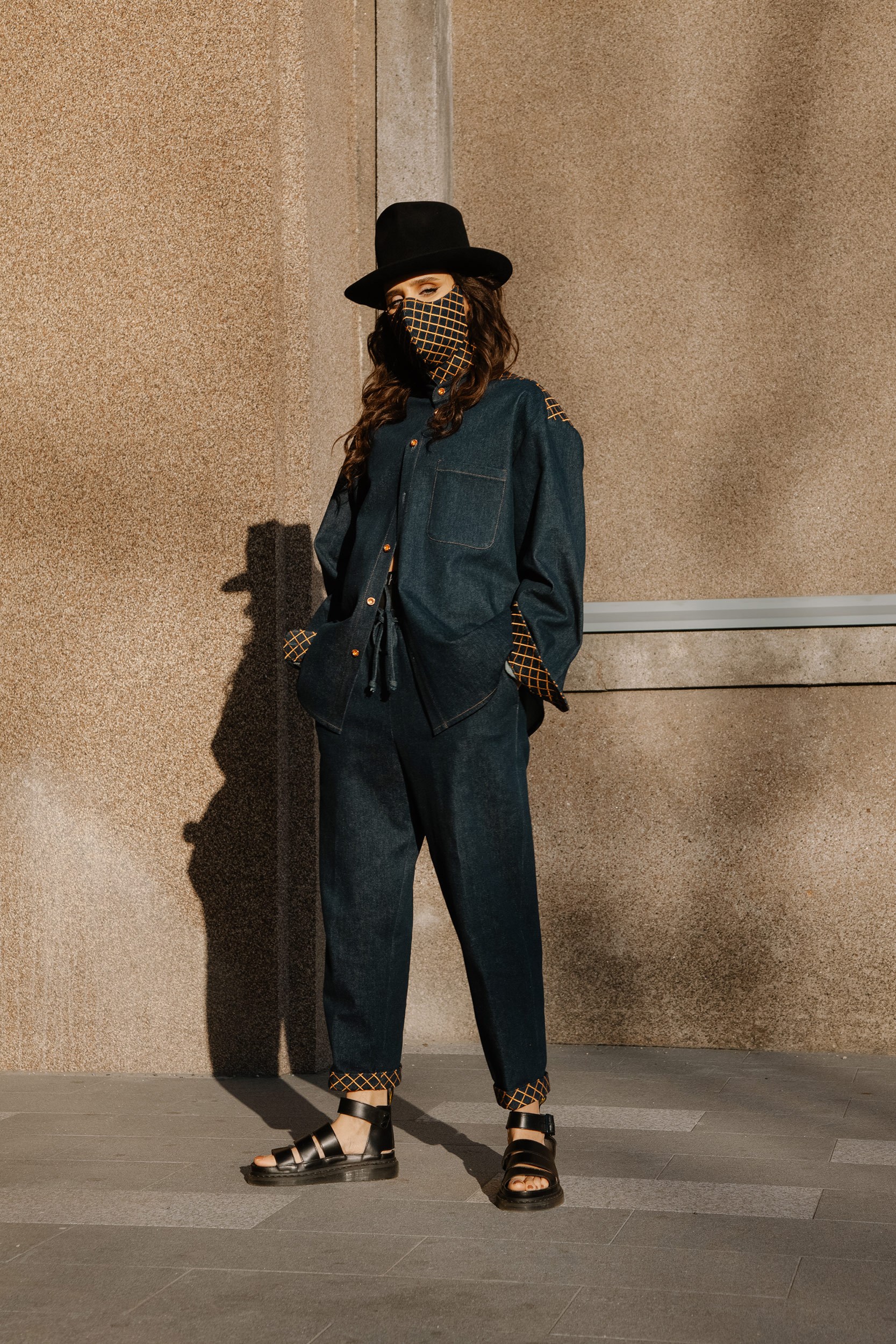 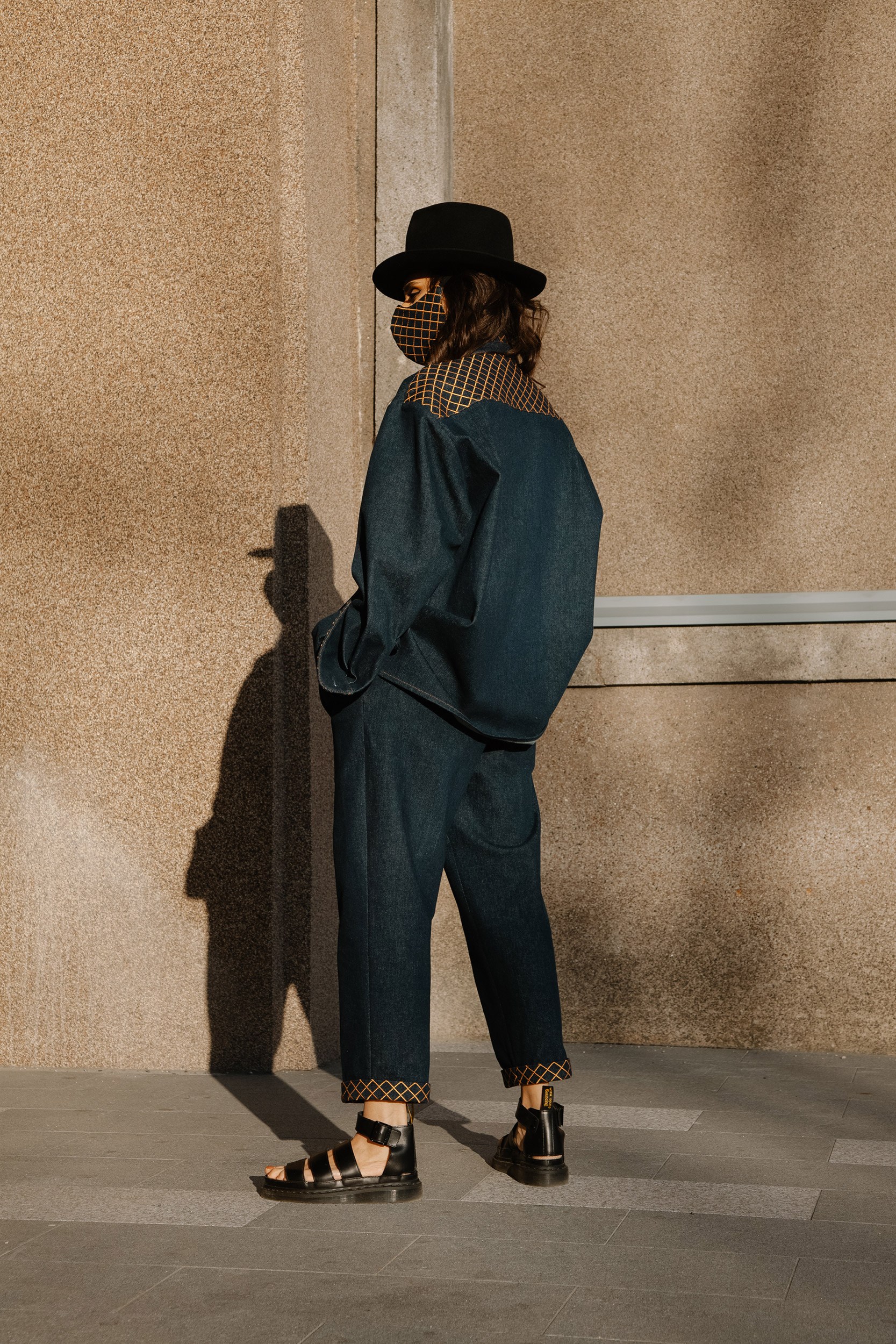 So voila! – long history short and our natural attraction to this symbol becomes very clear. We embroidered this charm with golden threads on our BCI-certified Egyptian denim that we eventually turned into men’s oversized Pilgar shirts and trousers. The hems, the cuffs, back, and collar were all abundantly adorned. Due to the current climate, a matching mask was also crafted. Designed by Sten and photographed on Joan, it suits best to men who appreciate unique streetwear. The set is super exclusive and currently only made to order.