Every man is more than just himself; he also represent the unique, the very special and always significant and remarkable point at which the world’s phenomena intersect, only once in this way and never again. 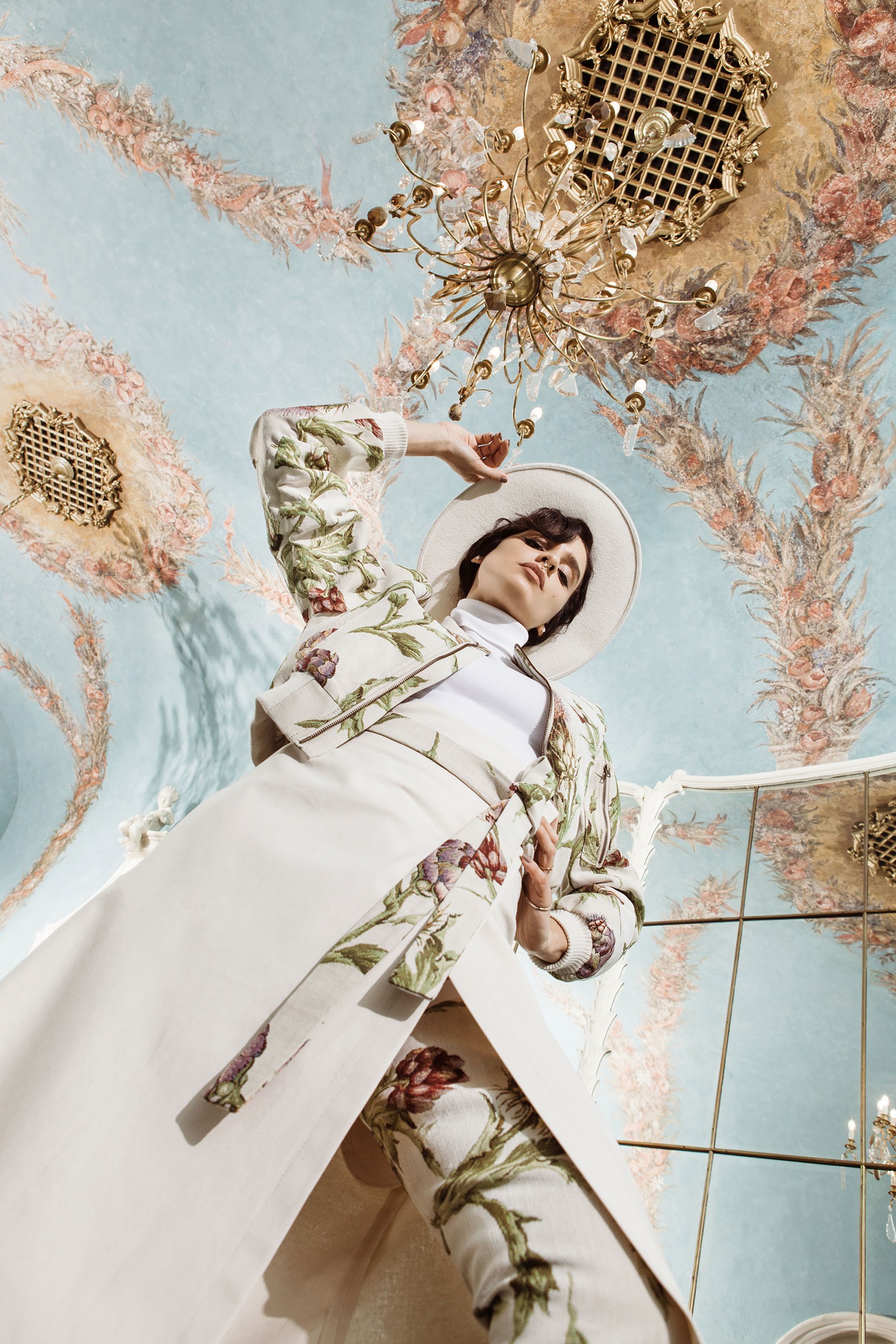 If someone asked you – what’s in fashion, today? What would you answer? Leaving the classics aside – which are always in style – would it even be possible to highlight something particular? Seems like everything’s blended these days – all decades of the 20th century, the hippy elements with modern minimalism, the shapes we’ve seen from Renaissance paintings to post apocalyptic movies – all merging together like a splashy, mesmerising impressionistic work of art. 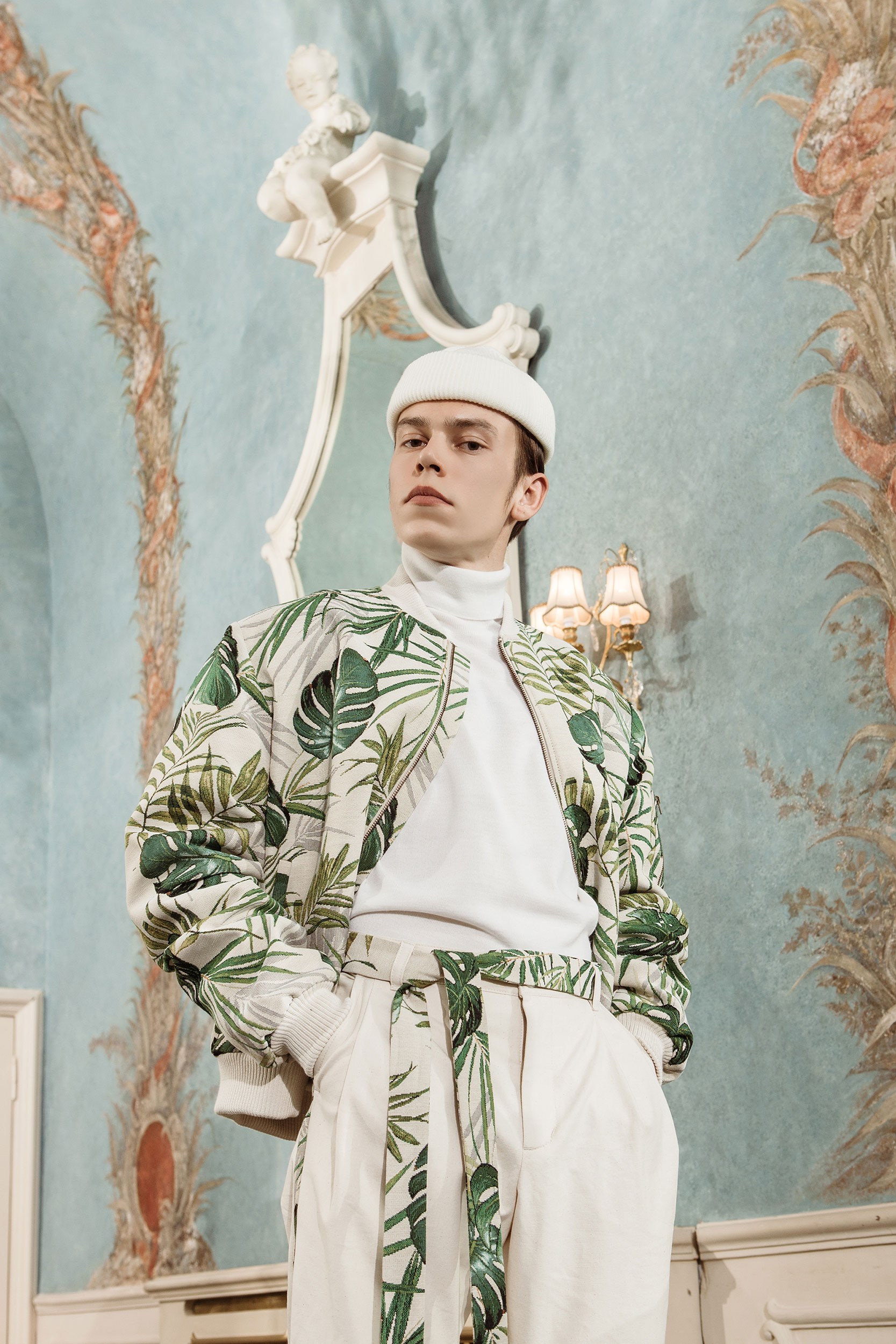 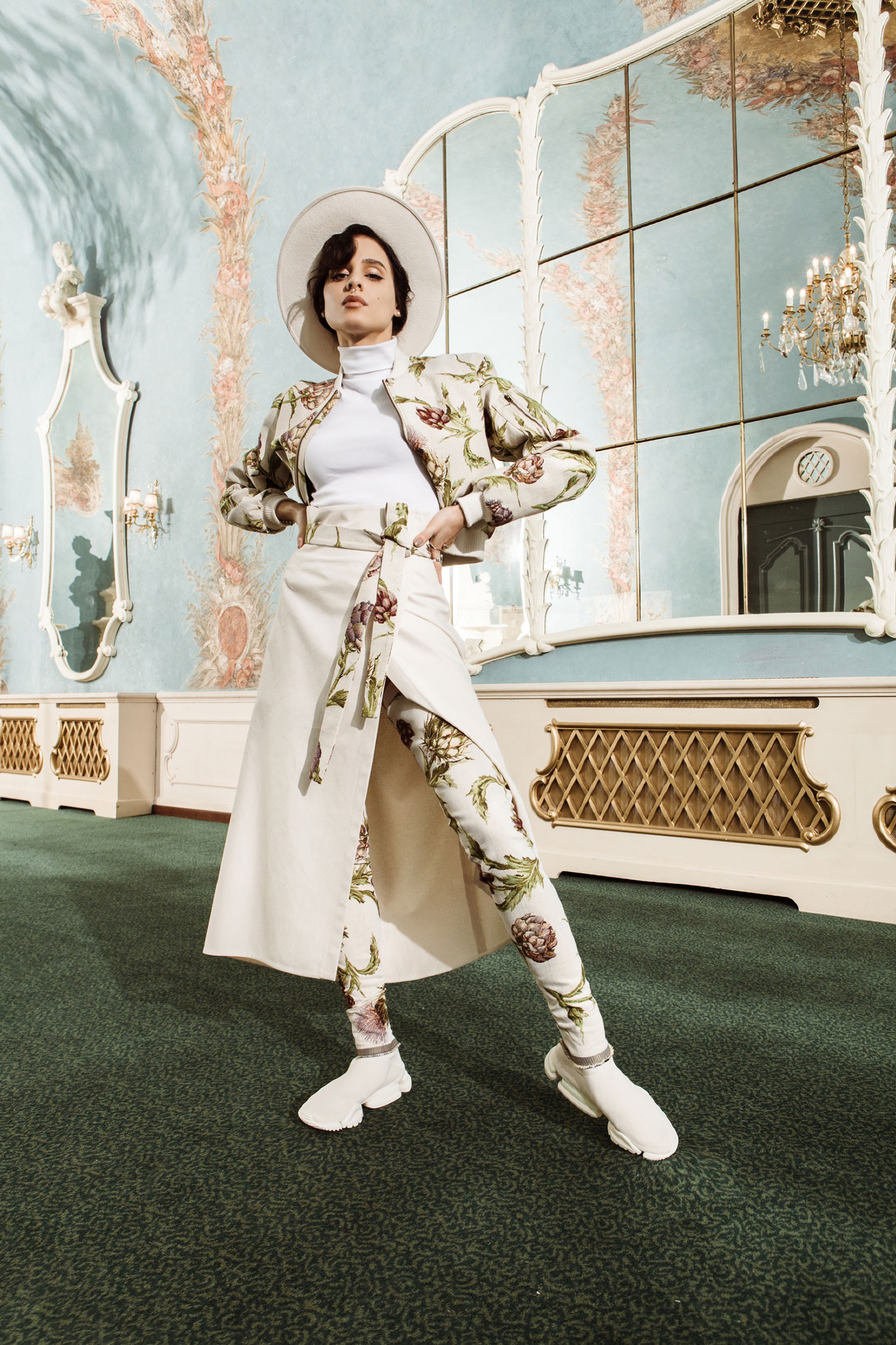 For some, a visual chaos seems to be the goal. The more gaudy, the more punk, even – the more random the looks get, the more chance to demonstrate the anti-everything mindset. Crafted of heavy cotton blend and lined with canvas our new bomber jackets sing a way different song. 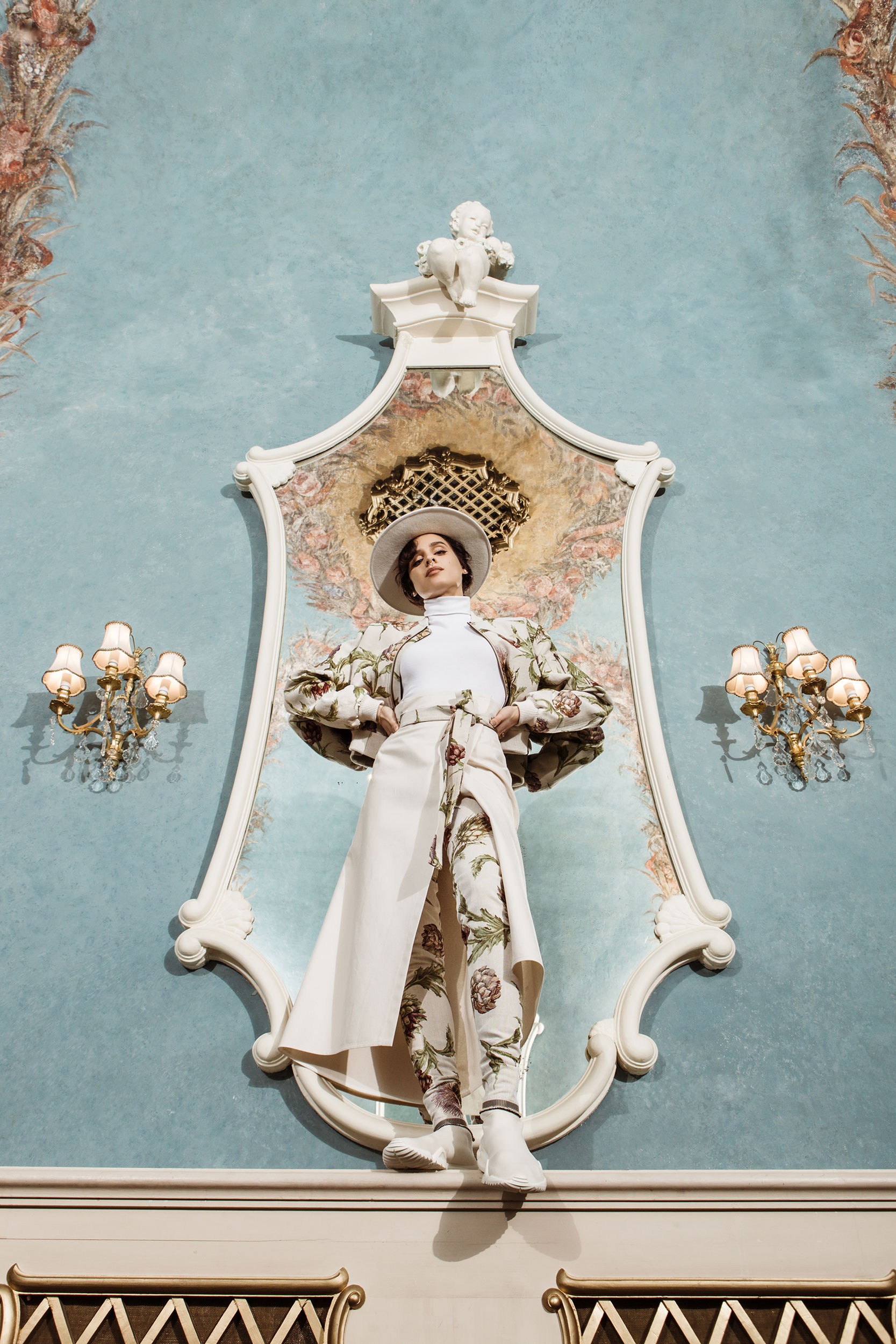 “Wow, I feel like a f*cking Lannister in it”

The baroque artichokes, monstera leaves and Medieval flowers entwine harmoniously over the bone white fabrics, bringing ornate lightness into casual streetwear. The bombers are accompanied by lampasse jeans and off white shorts and canvas wrap skirts for ladies – all made by one tailor in Guildhaus, Tallinn. Even the zips are handcrafted in the capital of this strange land called Estland. 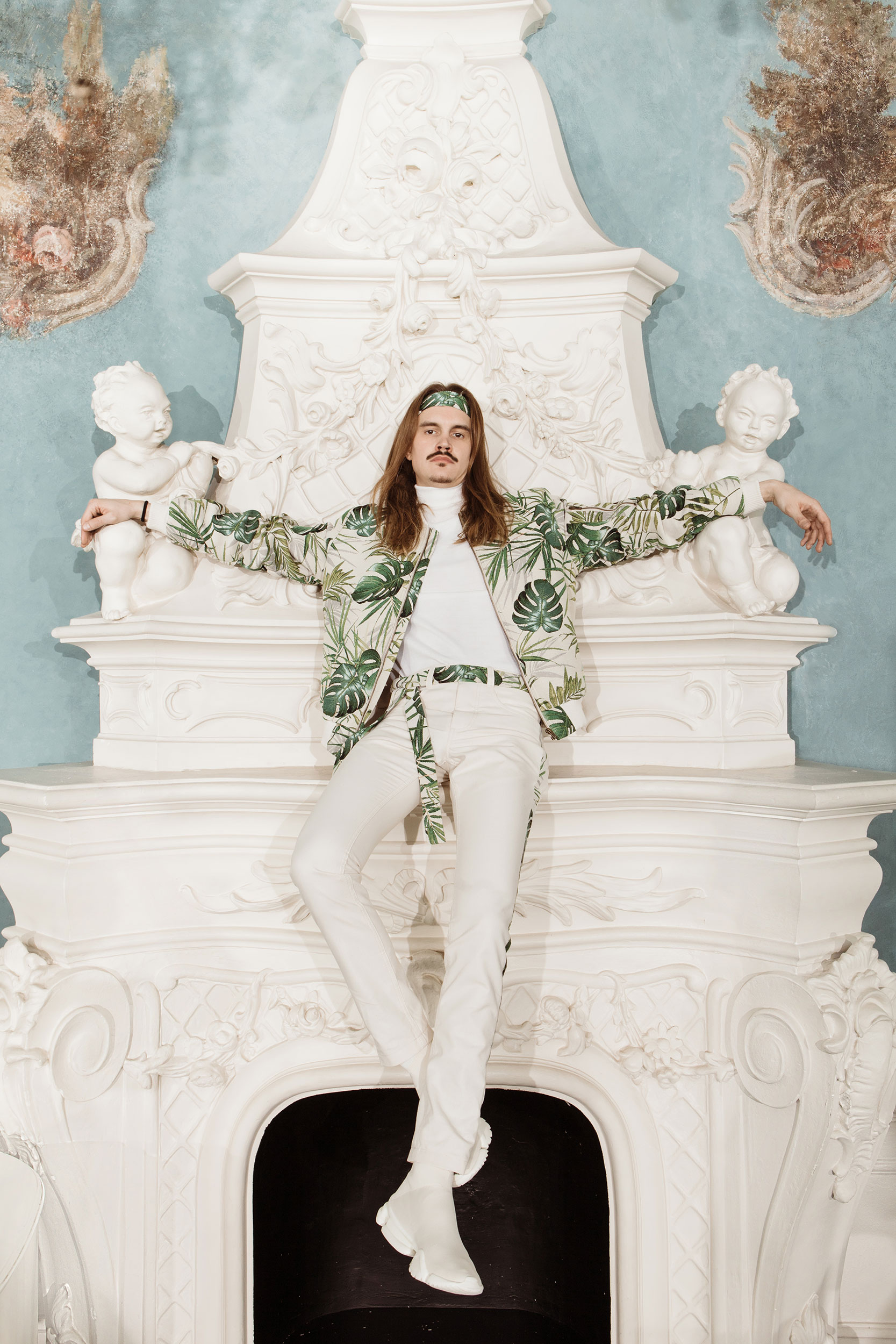 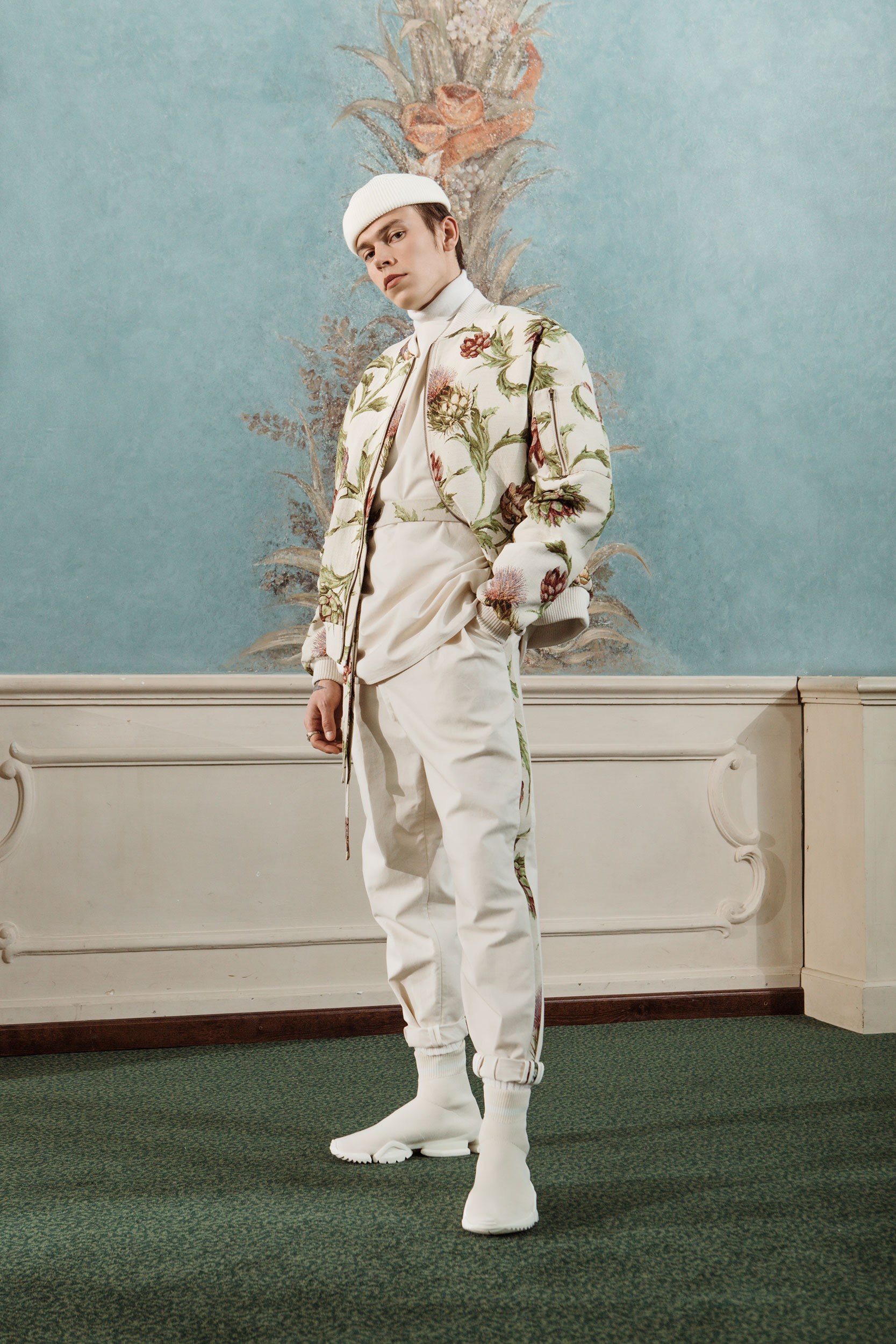 The capsule collection was photographed exactly where streetwear is otherwise not allowed – in the noble, Russian Theatre of Tallinn. Originally built as a an Art Deco cinema in 1926, it became the heart for Russian cultural communities as the writers, artists and actors fled from the Russian Revolution. It wasn’t until 1948 (the first years of Soviet occupation) that the theatre became fully focused on Russian language.